Electric cars are the future. More and more manufacturers are relying on this drive technology. But are there alternatives? A comment by //next columnist Don Dahlmann. 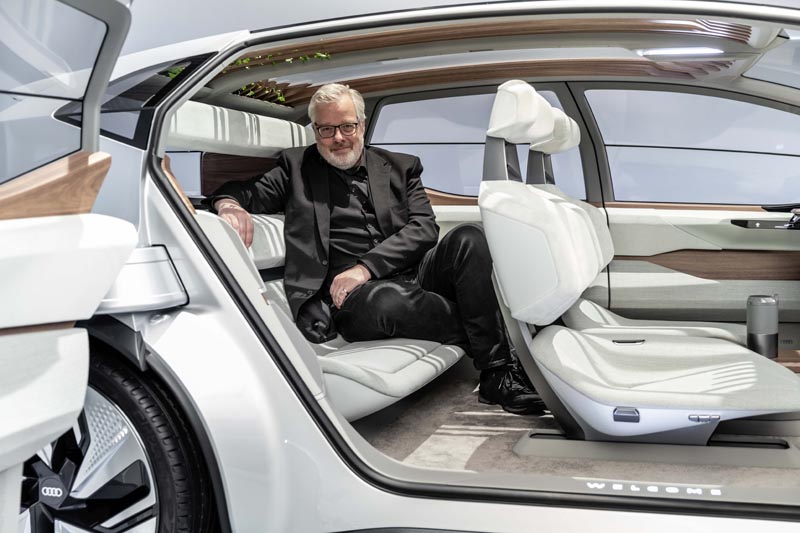 There are no alternatives for the CEO of Volkswagen AG, Helmut Diess. It is electric cars that will safeguard the future of his Group. He is not alone in this opinion. More and more car manufacturers worldwide are switching to electric cars. Driven by new, strict regulations that require a sharp drop in the CO2 emissions of vehicles, more and more electric cars are being launched onto the market. The US manufacturer Tesla has been doing this now for almost ten years and the company’s owner, Elon Musk, does not see any alternative to batteries providing the energy for forward motion.

Modern lithium-ion batteries, which are used in every electric car, also seem to be the ideal solution, as they provide enough energy to drive a two-tonne car over 600 kilometres. And new technologies are expected to increase the range even further in future. Manufacturers have already started producing and selling hundreds of thousands of battery vehicles. But there are also voices that suggest that batteries may not be the best solution.

What is (still) critical about batteries

The list of criticisms is a long one. First and foremost, production of the battery itself, which consumes a lot of energy and resources. Then there is the well-known discussion around the element cobalt, which is used in all batteries. Critics point out that cobalt is often mined in the Congo under inhuman conditions. Some manufacturers have now reacted and many have committed suppliers to complying with international social standards and have also had this inspected by independent authorities. Others have totally renounced buying cobalt from the Congo.

Another criticism revolves around the life of the battery. Recycling batteries is an expensive process that is rarely done. However, the large batteries fitted in cars often have a second and third life ahead of them. Once removed, they can be used as residential storage batteries in private homes or in emergency power batteries. A modern battery should last for up to 30 years. At the end of these 30 years, it is hoped that society will have found a solution to the recycling problem.

However, the biggest disadvantage of electric mobility is the loss of time. It takes about half an hour to charge a car battery to 80 percent. And that is only possible if a quick charging facility is available, which are still rather thin on the ground. The long charging times still deter many customers.

But there is another solution for driving an electric car. Fuel cells can be used in place of batteries. Hydrogen is converted into electrical energy in fuel cells, which is then used to drive the car. The fuel cell only produces water as a waste product and the tanks can be topped up in three to five minutes.

So why is everyone relying on batteries when hydrogen can be used to achieve the same range and cars can be refuelled faster? The problem lies in hydrogen production. At present, 95 percent of hydrogen is produced from coal. This form of production generates more CO2 than the production of petrol or diesel.

Admittedly, hydrogen can also be produced without generating CO2 emissions. The technology is already available. The problem is that, up to now, there has been no way of producing the required volumes of hydrogen in this manner. It would involve considerable investment. Why should we divert a lot of solar energy into hydrogen, when you can simply direct the electricity straight into vehicle batteries?

Having said that, the idea of using hydrogen is not completely dead in the water. Daimler, Hyundai and Toyota have hydrogen fuel cell vehicles in their range and many other manufacturers are keen to follow suit. The idea behind this is that the ongoing expansion of renewable energies will also make hydrogen production profitable at some point. But until then, batteries will drive the cars of today and tomorrow.