Are air taxis really the solution to traffic problems?

If you believe some futurologists, we will soon be flying short and medium distances in autonomous drones. But //next columnist Don Dahlmann is convinced that air taxis will not come that quickly. 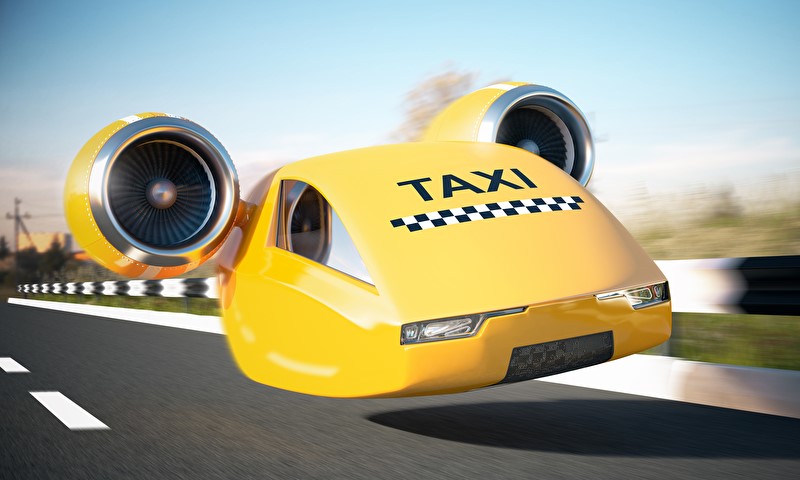 Do you remember the comic series "The Jetsons"?  The series, produced in the 1960s, was about a family from the future who used a foldable flying saucer to get to work or go shopping. It was enough to make you jealous when the Jetson family could simply escape traffic jams with their flying car. Since then, the dream of conquering airspace by car has been haunting the magazines again and again. In recent years, various start-ups have been working on the topic. Among them Volocopter and the Munich-based start-up Lilium. The idea behind this is to overcome short distances with an electrically powered taxi.

The basic idea behind this is not new. Something like this already exists today and goes by the name of helicopter. The only difference to the existing system is that the new aircraft are electrically powered and fly autonomously. If you look at where helicopters are used, you find that they are common in metropolises, but then they are mostly used for short distances. For example, when you want to get from the airport to the surrounding countryside.

The cost of a minute's flight with a helicopter is a manageable 20 euros. If you leave out the expensive pilot, about half of the costs should be eliminated. If you then divide the costs by four or six people, such a flight taxi should hardly be more expensive than a ride in a taxi with four wheels. So will we all soon be flying to the opera and leaving the car in the garage? That won't work.

The problem is the air corridor in which you are flying. In Germany, private aircraft have to fly at least 300 metres above built-up areas. The only exceptions are gliders, police helicopters and ambulances.

Transport aircraft taking off vertically must therefore reach this altitude. This is rather a hindrance for ultra-short-haul flights and costs time. Of course, every flight must be registered. There is no unregulated airspace in Germany, especially not over cities. Flight plans have to be drawn up and filed. Just flying spontaneously from Berlin-Mitte to Spandau will not work. That is also one of the reasons why neither Berlin nor New York, Shanghai or London are full of helicopters.

No remote-controlled drones as passenger aircraft

Also, fully autonomous flights are not allowed anywhere in the world. While most large passenger planes fly on their own thanks to autopilots and they can even land on their own, pilots are in the front of the cockpit for a reason. In case of technical problems, they are the last line of defence before a serious accident. That's why there are no remote-controlled drones as passenger aircraft.

If you look at the problems in a nutshell, you quickly come to the conclusion that the ideas that have been put forward so far are not feasible. There may be countries that could use autonomous air taxis due to their sparse population. But the models presented serve at most to replace the existing helicopters. Nor will they be much cheaper or faster.

That's a bit of a shame, because who wouldn't like to fly to the shops in their folding saucer? But as it looks, we won't be able to experience that in the near future, unfortunately.