Two opinions on the Metaverse: Next Big Thing or just savvy marketing?

It’s the topic on everyone’s lips since Facebook CEO Mark Zuckerberg unveiled his vision of a virtual reality: the metaverse. So what is it all about? How realistic is the scenario in truth? And is it a good or a bad thing for us? Technology expert Kathleen Schröter and Johannes Klingebiel, part of the innovation team at the newspaper Süddeutsche Zeitung, share their thoughts. 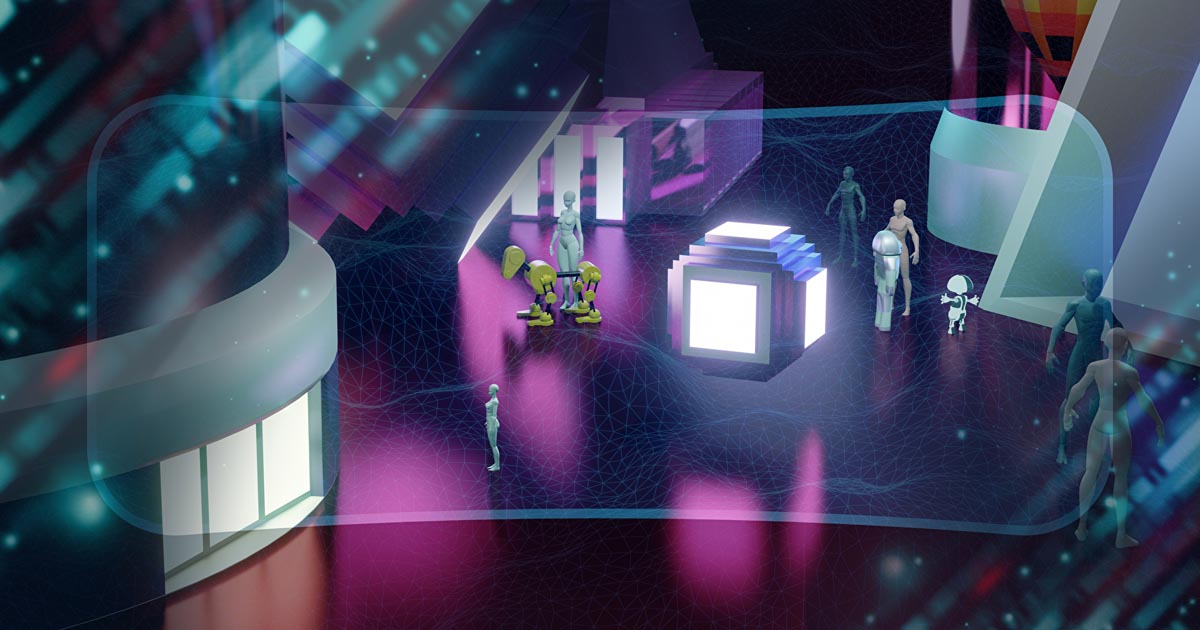 Pro: Experiencing things that are not possible in real life

Kathleen Schröter, Chairwoman of the Board of Virtual Reality e.V. Berlin-Brandenburg and expert for tech trends at J2C, Journey 2 Creation:

The term metaverse describes the world that combines virtual reality, augmented reality and other digital 3D spaces to create one large digital space – obviously including the Internet, because you can’t enter the space without a connection to the web. It is primarily a social space. So we’re basically allowing people to meet in a digital space, spend a large part of their time there and actually spend money – on applications in the digital space or even on clothes for their avatar, their digital identity?

The pandemic has definitely provided this trend with a boost. Conferences are trying to allow people to meet in a virtual space and offer a sensory experience that involves more than just a monotonous video signal viewed on tiny boxes on their screens with the equally monotonous audio signal coming from the boxes during the videoconference. In fact, this started to evolve into a actual need for meetings in a digital space, because real multi-sensory meetings with another person in a physical space were not possible.

Two aspects are key when it comes to making the metaverse a technical success story: compatibility and stable real-time applications.

The metaverse will benefit everyone that wants to create an application for meetings in a virtual space – particularly companies that can create emotions. A lot of companies are doing the obvious and simply copying the existing world to the metaverse. You can dress your avatar in the world’s top luxury brands and spend a lot of money in the process – without ever having a physical product in your real wardrobe But where it the real progress in that? It’s like with any technological triumph: we need interdisciplinary teams to create innovative products. If the pandemic has taught us anything, it’s that people are actually increasingly questioning the meaning of everything.

Users can benefit from the metaverse if real added value is created in the spaces it offers. I’m talking specifically about things you can’t experience in real life, like meditating in the Brazilian jungle or flying through national parks like an eagle without leaving a carbon footprint or generally crossing physical borders. The metaverse creates worlds that help people from different parts of the globe meet without having to get on a plane. That might help them understand each other better. It’s up to each and every one of us to create something new and magical from our existing way of thinking. In this respect, the metaverse could well be the next revolutionary step in the history of the Internet.

The metaverse is a vision. It doesn’t actually exist. It offers a purely digital space I can move around in and that is supposed to be the equivalent to the Internet. Computer games like Roblox take a step in that direction, but nothing comes close to the vision from Neal Stephenson’s novel “Snow Crash”: a new Internet in a virtual space.

Statements like “The metaverse is a bigger development than the letterpress and the Internet combined” sound sensational and make for great headlines, but there is no evidence to back them up. It’s ultimately pure speculation – and should be treated as such. It’s just as likely that Facebook’s metaverse project will be a spectacular failure, although it’s obviously a lot more fun to speculate about a huge success story. Anyone who wants to invest in the metaverse, however, will end up disappointed. There is nothing to invest in – except for virtual reality glasses.

So the metaverse is, first and foremost, a clever piece of marketing. It plots out a grand vision and tries to sell it before the product is offered. It works like glue. The idea is to prepare start-ups and investors for the vision in the hope that it will become a self-fulling prophecy. The more grandiose the vision created and the more attention it attracts, the more money and resources can be generated for it. It’s a well-known mechanism. Whether the vision becomes a reality is a different matter entirely. I do believe that Facebook will ultimately launch a product, but I’m not sure it will truly be the sort of metaverse that we know from the world of science fiction.

The whole idea is up against technical hurdles. The creation of a metaverse requires enormous Internet and server capacities and technologies for high render scales. What is more, while the input technologies currently do a very good job for gaming, anything beyond that becomes very complex indeed. Augmented reality is even less clear and defined. And what is the metaverse actually to consist of? Virtual reality and augmented reality? Or just VR? So the technical questions still have to be answered.

Incidentally, the metaverse in Neal Stephenson’s “Snow Crash” is about fleeing from a very unpleasant, destroyed world. So the technology offers a sort of escapism from the effects of climate change. But how fatalistic does your vision of the future have to be if you say: I can’t make the real world any better, so I’ll give people an escape route into a virtual one. This isn’t the nicest outlook for the future.

So what is the solution? We should understand the vision of the metaverse as nothing more than a vision for the time being, and certainly not as a forecast. We should also consider alternatives. We should think about a version of the metaverse that is not only beneficial for Facebook, but can be as creative and open as the Internet. It is important that control does not lie in the hands of a single company, which is why start-ups and technology companies shouldn’t be the one ones looking into the idea. Policymakers and society as a whole should be involved in the process. We don’t know whether this vision will ultimately materialise.

By the way: ERGO CDO Mark Klein has shared his thoughts on the Metaverse on LinkedIn: The ERGO Innovation Lab in Berlin is currently researching and testing the application areas for the ERGO Group. Anyone who would like to join in the discussion can find the article here: