Beethoven's 10th Symphony, composed to completion by an artificial intelligence, was supposed to premiere in 2020. But the release had to be postponed due to Covid. Music critics and scientists are rather critical of such AI experiments. 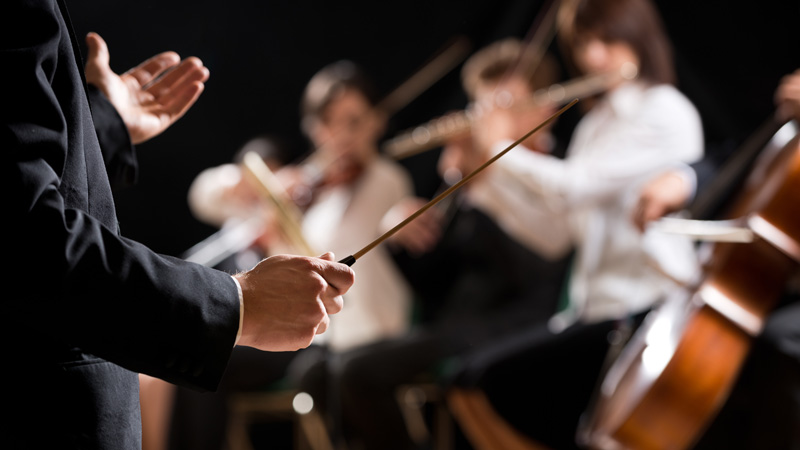 Beethoven's 9th Symphony with its final chorus "Ode to Joy" is the classical piece that is played most often worldwide. Unfortunately, there is no 10th symphony, although a few Beethoven sketches for another symphony have survived that he made before his death in 1827. Can an AI calculate a complete symphony from these fragments?

Just in time for the 250th birthday of the musical genius, in the Beethoven Year of 2020, an artificial intelligence (AI) did just that. The artificial 10th Symphony was supposed to premiere in November 2020, performed by the Beethoven Orchestra under Dirk Kaftan in Bonn. In a livestream, the concert was meant to be broadcast worldwide. But the pandemic forced several postponements so that the new premiere date has been set for autumn 2021.

AI technology, music experts and Beethoven's sketches were brought together by Deutsche Telekom, which has its headquarters in Bonn and financially supports the project. "We stick closely to Beethoven's sketches and only complete the material we have from Beethoven himself. Our international experts also stand for this," emphasised Telekom board member Timotheus Höttges.

The new symphony was compiled by an international team under the direction of Matthias Röder, Director of the Karajan Institute in Salzburg. A speech recognition programme was used, which was modified so that it could be used for music. This was fed with sketches of Beethoven's 10th and the other nine symphonies, as well as piano concertos and sonatas and other pieces by composers from his era, such as Haydn, Bach and Mozart. As "data material" from Beethoven, there are only fragments of the first two movements. The finished AI work is about 22 minutes long, rather short for a symphony. Excerpts can be heard on a Telekom website.

Composition attempts using AI are nothing new in classical music. Most recently, in early 2019, the Chinese corporation Huawei performed Schubert's "Unfinished" Symphony in London with a final movement calculated by an AI. The experiment evoked different reactions in the classical music world, the difference in quality between Schubert and "AI Schubert" clearly audible.

Telekom spokesperson Dirk Wende knows this too. "We asked ourselves how creative algorithms can be. How can human creativity and artificial intelligence complement each other?" The music-fed AI explored how the existing music could go on – and suggested a large number of variants. This is because the AI is not yet ready to select and recognise music on its own, as a human perceives it. From the many suggestions of the AI, a composer then put something together and changed it so that it sounds harmonious and makes sense, Wende explains.

"Replacing Beethoven or cloning him is impossible," Wende emphasises. He asks himself: "How can humans and AI complement each other in a meaningful way? And: how far has AI come in the field of creativity?" He hopes that the new work will trigger a new musicological discussion. This is already in full swing.

Joachim Mischke, music reviewer of Hamburger Abendblatt, takes a rather critical view of the use of AI in classical music: "I think it's difficult and not legitimate", he says with regard to the new AI Beethoven Symphony. Beethoven's genius and his ingenious ideas are not something that an AI can imitate. "There are many unfinished pieces that stand on their own," says Mischke. A well-known example of this is Bach's "Art of the Fugue". And there are many classical works that were finished by a second composer. A well-known example is Mozart's Requiem. Here, however, it is known where Mozart ends and Saleri begins. "I would rather keep my hands off playing fate here" advises Mischke, who wrote a canon about composers in 2020, "I can also live very well with nine symphonies by Beethoven."

Professor Eckart Altenmüller, director of the Institute for Music Physiology at the Hanover University of Music, also takes a rather critical view of AI compositions. He is one of the leading researchers in the field of neurophysiology and neuropsychology of musicians. His most recent non-fiction book "Vom Neandertal in die Philharmonie" (From the Neander Valley to the Philharmonic) deals with the question of why humans cannot live without music.

Scientist Altenmüller: "If you do it this way, it's boring"

He also takes a rather critical view of the final composition of unfinished symphonies by an AI: "Of course, you can feed an AI with the composer's musical language and then bring it to the end, but the special thing about a masterpiece is that it regularly breaks through regularities. An AI first has to manage to break through these rules in such a way that it makes sense to humans. And that a docking with our emotional household is possible for us humans."

Altenmüller is familiar with the already published excerpts from the "artificial composition" of Beethoven's Tenth. "You can do it that way, but it's boring," he thinks. "Listening to music is an active, learned process in the brain that creates meanings when processing this acoustic information." Turning a piece of music into a work of art, he says, is about playing with listening expectations. According to Altenmüller, they have to be "deceived at the right moment". Listeners find this pleasant and rewarding. "When I listen to a piece of music, I never know exactly what will happen next. For example, the brain expects a certain fourth chord after three chords, and a good composer changes the fourth chord and thus has an unprecedented chord turn in it," the brain researcher explains. According to Altenmüller, this "reset" is associated with learning, and the reward hormone dopamine is released. "This also applies to the other times when we listen to this music. Because we can store the admiration for these turns," he explains.

There always come the personal memories of when you first heard this music. "That can't be recreated with an AI, because it's individually different," Altenmüller explains, "there are a number of electronic music compositions, but they're always a bit boring because it doesn't dock with biographical experiences." Nevertheless, there is progress in artificial compositions: "The software for artificial music composition is getting better and better, but today it's still the case that a trained listener recognises where the computer comes in." But if AI continues to develop as fast as it has so far, it is possible that we will soon no longer hear any differences between music composed by humans and AI music.