After the text "AI in art: Who is the artist?" appeared on ///next a few weeks ago, we asked Johannes Kasek, art expert at ERGO, what he thinks about this topic as an expert. He says that for him, much more interesting than the question of authorship is why artists use AI in their art - and what they achieve with it. 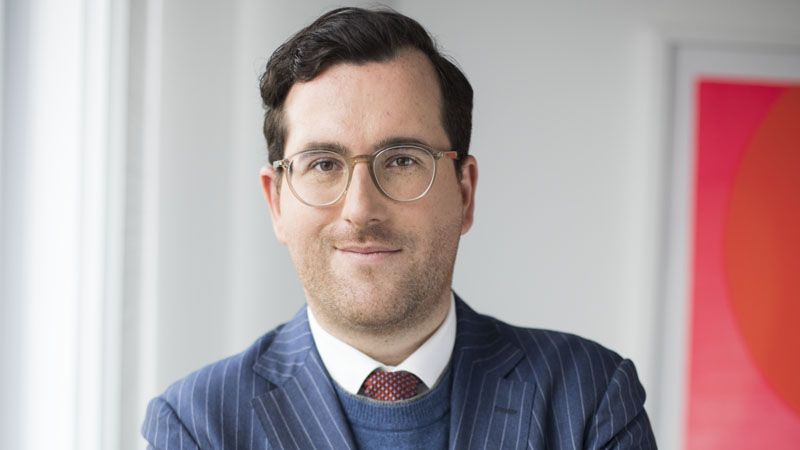 If one considers "AI" as producers in their own right, then the works that are created are first of all pure "images". These are based on photos or images filtered by algorithms according to similarities and regularities. Just because the end result then looks like a gymnast, however, does not make it a gymnast. The act of AI is not genuine creativity, in which influences such as art historical discourse or the life of the artist are freely processed and incorporated into the work process as a source of inspiration.

In addition, the AI does not become active on its own, but must be operated by someone, at least at the beginning. The creator thus remains the human being or the artist behind it, who feeds the machine with information and images.

Artistic products, but not art

In my opinion, this also applies to authorship: Whether this is also relevant to the legal question of the author remains to be seen. I think the use of AI and robotics in art as a producer of independent images is therefore more of a trend and builds on the surprise effect that the works look so real "artistic". Even a self-learning system that may perfect this, however, does not yet make the products art.

The aesthetic discus goes beyond the contemplation of an image. Thus, the definition of art has always evolved and thus only acquired the current status - from craft, to religious object, decoration, image, to the disegno of the artist genius and later the pure idea. Of course, it was also always a matter of justifying and defining the function of art in society in relation to new media.

Walter Benjamin postulated in his essay "The Work of Art in Times of Its Reproducibility" that, among other things, the "auratic" in the work of art is lost through printing technology and photography. Thus, in an oil painting, the artist's signature can still be discerned and a sublime sense of uniqueness is evoked. The spirit of the artist is seemingly present. However, this is a very classical conception of the art formulation and is strongly associated with the notion of the artist genius. This construct is also found backwards in the discussion on AI: It is no wonder that humanoid robots are sometimes used. For the viewer, the human robot acts as a miracle, as the even actually lifeless robot breathes life into a work and thus this "auratic".

Why do artists use AI?

What is much more interesting is the question of why artists use AI in their art and what they achieve with it. The artistic idea comes before the actual creative process and is implemented with the help of a medium. "AI" is therefore rather also a medium for the artist to create art, as for example also a brush, pencil, clay, camera, objet trouve, etc. But the medium always has a direct effect on the representation. There is a difference if I paint a tree or take a photograph. Therefore, to return to Benjamin, new media also release new forces and show us our conditioned and filtered perception of reality.

So if you combine the theory of the artistic idea and the medium, the exciting thing is the questions about how we deal with machines that are raised and made visible by the use of AI in artistic practice. From this, even beyond art, conclusions can be drawn about our everyday lives or the working world and how AI helps shape our reality and perception.

By the way: There is a documentary on this topic by the German TV station 3sat. It offers quite a good insight into the field and the resulting questions: