Neuralink: Will the vision of the cyborg become reality?

Elon Musk presented a prototype of his company Neuralink in late summer: a brain chip that is supposed to cure the sick and enable telepathy. Sounds great at first, says //next columnist Markus Sekulla. But is that all – and what are Musk's long-term goals? For testing purposes, the Tesla CEO had implanted pigs with the prototype. Today, in 2020, everything points to a balancing act between sci-fi movies that have become real and the next evolutionary stage of mankind. 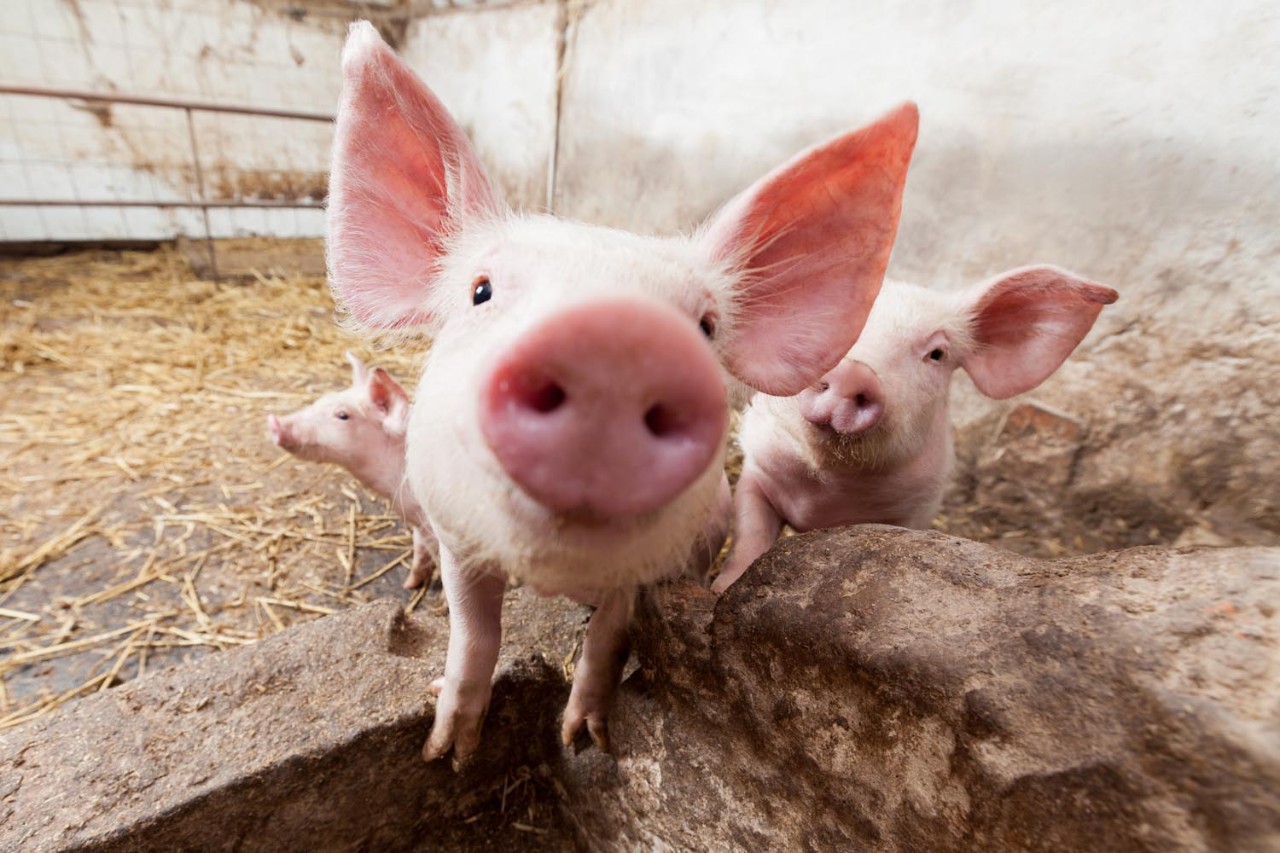 Blind people suddenly see their surroundings crystal clear, paralyzed patients get up and start walking, and mental illnesses such as depression or addictions can be treated more specifically. At first glance, this is a utopian vision of the future. In late August, Neuralink presented its further developed brain chip in a strikingly Corona-compliant presentation that turns a vision into reality - or at least: could do so.

What has happened so far

The start-up from the USA had presented a prototype of the brain chip to the public as early as 2019. Since then, the design has undergone a drastic change. At that time, it was still placed over the ear, but today, it is part of the skullcap. Neuralink does not rely on cables or large radio units, but on a small, 8 millimeter thick radio chip with a diameter of 23 millimeters. It is supposed to remain in the brain for decades and charge itself via an induction process on the head. At the presentation, which was rated very cautiously on the net, in Germany at least, first successes were shown on chip-laden pigs, but more about this later.

Before we go any further, a big OMG: Installing a chip in my body? Sure, we've already heard about other improvements - a defibrillator, for example, or RFID chips under the skin. But a chip that goes directly into the top of my skull and wiggles a few wires around in my head? I don't know how many people would be prepared for that! But why do we see this in such a dystopian way? If we look at it on a psychological level, we are afraid that we might be influenced by others or that our memories and secrets might be elicited. Our thoughts would no longer be so free - and of course this awakens discomfort and distrust in us. How far Neuralink would pursue such goals remains open in the current press presentation, which according to Musk serves above all the coworker production.

Knowledge helps against fears. So we take a closer look at the chip.

The prototype is an implanted chip that acts as an interface between the brain and the computer. A technology that at first glance does not appear to be an innovation. In Parkinson's patients, brain pacemakers have been a proven means of treating tremors or complete immobility for years. They can also alleviate speech problems.

The special feature of Neuralink: The goal is to optimize and further develop such existing technologies. Very fine and flexible plastic wires, containing 1,024 electrodes, are used. They perceive the electrical signals of the nerves or even emit electrical impulses themselves to stimulate the nerve cells. In his presentation, Elon Musk compares it to a Fitbit - but with fine wires in the head.

Another unique selling point are the specially manufactured surgical robots. In a minimally invasive operation lasting around one hour, they open the skull and insert the chip. The electrodes are positioned and implanted individually. The robots work with particular precision. They are programmed to recognize and avoid the blood vessels in the brain.

Elon Musk decided to use pigs in his test series. They were implanted with the prototype, which is directly connected to the muzzle of the animals. The focus of the presentation was the pig Gertrude. If she touched an object in her environment with her snout - the most important organ for her sense of touch - the nerve impulses became visible and audible to the researchers on the computer. They were able to determine which neurons were currently active in the pig brain. All this is done via the wireless Bluetooth connection and can then be displayed on everyday devices such as smartphones

However, testing on pigs is only the first step. Next, Neuralink plans a series of experiments on humans. The US Food and Drug Administration (FDA) will play a key role in this. It has now issued a test permit within the framework of the so-called Breakthrough Device. With this permission, researchers are allowed to perform medical tests on humans much earlier than is normally required.

Yesterday, today and tomorrow - the future version of Neuralink

Initially, the chip will only be used for neurological diseases or spinal cord injuries. Restoring freedom of movement is the highest priority for the research team. However, the long-term plan includes curing a wide range of diseases and even using telepathic abilities. According to Musk, people should be able to share their thoughts with each other without having to speak them openly. Memories should be conservable and transferable.

How the future will look like, nobody knows. But at least Elon Musk already has very concrete ideas about it. According to this, people must link their brains with computers in order to keep up with the coming artificial intelligence.

The radio chip may be the next step into a futuristic scenario, but it is not a completely new technology. Many observers - scientists, for example - were rather reserved in their reaction.

It is to their credit that their experiments seem very mature: Nerve signals can be transmitted more easily thanks to a wireless connection, can be tracked via the smartphone app - and the effort and the associated risk of the operation are low for the future patient. However, the costs of an operation are currently still in the millions.

But we have to ask an important question: How can the measured and audible nerve impulses be interpreted meaningfully? Unfortunately, Elon Musk has not been able to answer this question. Similarly, experiments on humans have not yet been carried out. Another shortcoming: The presentation was more concerned with the new design and not with proven benefits for animals and ultimately human patients. Some of them are obvious from a health point of view and were therefore directly presented as first priority.

tl;dr The outlook for the future

Neuralink has the potential to change humanity. Not least through Elon Musk, who hasn't had to prove this ability to anyone since Tesla at the latest. The radio chip is a permanent wearable device that supports people in their everyday lives or can even heal them from their illnesses. Elon Musk presented some ideas and possible applications in his live presentation. Blindness, paralysis or other limitations could be a thing of the past with this breakthrough.

However, much of this still seems to be a long way off. It is also questionable whether his vision of memory transfer into other bodies or even robots can be realized. Not to mention a possible telepathic communication. So sometime we sit together in a café and don't talk to each other, but telepathize thoughts over coffee? Nah, never mind :)