Dr. Daniela Claessens is an ophthalmologist and works as a consultant at ERGO. In 2016, together with her husband Ronald Krüger, who was previously a CIO in the automotive industry, she founded a company that develops ophthalmology apps. 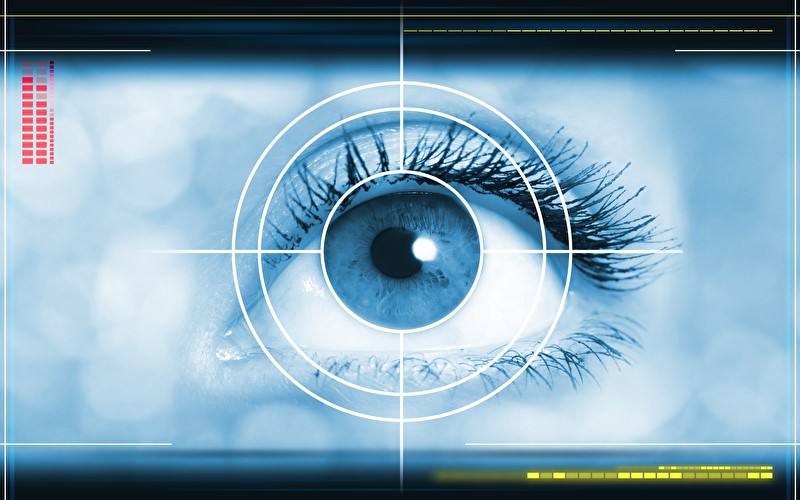 Daniela, you have been working in ophthalmology for several years – Ronald your back-ground is as a CIO in the automotive industry: how did you both jointly start developing ophthalmology apps?

Daniela: We had the idea en route to a specialist conference I was attending. On the way, I was telling Ronald about the eye diseases that cause distorted vision. Around six million people are affected by this because of their age (age-related macular degeneration = AMD), and a further one million people are afflicted because of their diabetes (macular oedema). People who suffer from this disease can no longer recognise facial features and have difficulty reading. However, up until then, the extent to which their vision was distorted has not been measured.

Ronald: I could not stop thinking about that: so many people are afflicted by it and yet there are hardly any ways of measuring the extent of the disease. That is when I started dealing with the issue. Initially, I developed a computer program. I based it on a grid test that dates back to the 19th century. In this test, known as the Amsler grid test, patients have to look at a grid with one eye and say whether the lines are straight or not. In the first program I developed, I considered how users could draw the dis-torted lines. But that was too complicated, as they would have to notice how they perceived the line to then draw it. 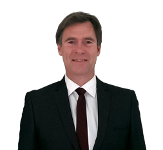 The inverse approach is much easier for users: if they see a bump in a line, they simply have to flatten the bump. When they straighten the line, the line in the image is distorted in the opposite direction, as it were the negative image of its true appearance. The extent of the disease can be measured once a digital drawing is available. This helps to monitor the progression of the disease and permits fast inter-vention in the event of a possible degeneration.

Ronald: We offered the program free online. It was used by a number of university hospitals and their patients. The feedback we received was very positive. That is why we continued to develop an app so that people without a computer can also do the test.

Daniela: We converted the quantitative process into a semi-quantitative process in the app. Patients see four grids in the app, one of which is more distorted than the others. Users need to select this one by clicking on it. This process is repeated at least ten times until we have a result. The test takes around one minute for each eye. The progression of the disease is then classified into corresponding categories, making it possible to monitor progression and even arrange a screening.

What has the feedback been like about the app?

Daniela: We used a validated questionnaire as part of a study to test the ease of use of the app. The overall feedback from users in the questionnaire was “excellent”. We also asked about their frequency of use. It emerged that users of the app perform the test on average once every six days. People who continue to use the paper version only perform the test on average once every 19 days. So the test was used three times more frequently than the paper version. Regular repetition of the tests is im-portant as the disease can be treated better when it is detected earlier. That is why our app has an additional feature capable of sending the test results directly to the ophthalmologist treating the pa-tient.

Where can people find your app?

Ronald: Many people find out about it through their hospitals or doctors. Otherwise, we have a web-site that features all the apps we have developed up to now, along with a host of other information on eye diseases: www.app4eyes.com. The apps can be downloaded from Google Play and the iOS App Store.

What is your aim with the app?

Daniela: We hope that our applications will help people to detect the diseases more quickly. Rapid treatment is important as this is a chronic disease that does not get better and can even lead to blind-ness if it is not properly treated. If more people use our app to monitor the progression of their dis-ease themselves, then early detection means that any degeneration can be treated better by a doctor.

Ronald: We are also constantly working to improve and expand our products. In our opinion, apps can be an important tool for doctors in medicine. This is also supported by the new DiGA (Digital Health Applications) Regulation, which ensures that apps can be prescribed by medical practitioners.

You have developed more apps. What can they do?

Daniela: They provide information on cataracts and glaucoma. In a cataract operation, the opaque lens is replaced by an artificial lens. The large number of intraocular lenses available can be confusing. App4eyes therefore developed the “Lens – Navi” app into which users enter the diopter values from their eyewear prescription and the sought-after result after the operation (e.g. eyewear-free or reading glasses-only). The app explains in detail which intraocular lens can be used on the basis of this infor-mation and uses photos to clarify the visual impression after the operation. The app provides vendor-independent information so that the patient is well informed before talking to their surgeon.

People who are treated for glaucoma can use the “Glaucoma Diary” app. The app stores the intraocular pressure values and automatically converts them to the person’s individual cornea thickness. This pro-vides a tabular and graphic overview of the intraocular pressure values. Our “Eynstein” app also has a reminder feature that users can set up to remind them to administer eye drops and also obtain infor-mation about current studies and useful hints and ideas on improving their vision.

Thank you! We are pleased if our apps can help to support the health of our users’ eyes.