Are algorithms taking away our jobs?

One in five insurance employees is worried about being replaced at work by a computer or a robot. Concerns about technology are greater in insurance than in any other sector. In fact, almost every second person has already experienced technology taking over some of their own work tasks. These were some of the findings of a recent survey by management consultancy EY. Reason enough for ERGO CDO Mark Klein to address these concerns in his new blog post. But while old jobs have disappeared, just as many new jobs have been created recently in the labour market, and the skills shortage continues to grow. So far, the grim predictions from the best-known study on job losses due to advances in technology have not materialised.

Almost ten years ago, two respected economists from Oxford University triggered widespread alarm in the working world. In their study, “The Future of Employment”, Carl Benedikt Frey and Michael A. Osborne predicted that almost half of all jobs in the USA would be automated within the next 10 to 20 years.

While most of the forecasts from the Oxford study have not been realised (and the first ten years have already passed), digitalisation has not been able to shake off its reputation for killing jobs. Part of the reason the economists’ prediction caused such an uproar was the glorification of automation. Artificial intelligence (AI) enjoys a certain mystique and is often credited, quite inappropriately I believe, with a kind of omnipotence. One hundred years from now, people will still be in charge – and, in any case, most robots are fairly dim!

When smart technology cannot tell the difference between snoring and speaking

A hotel in Japan had to fire several hundred of its robot employees. Instead of reducing the workload of human staff, they actually created new work – and more importantly, they were downright annoying. The robots, who were deployed as personal room assistants for guests, thought the sound of human snoring meant that the guests wanted to communicate with them. So the robots responded by waking the guests up in the middle of the night to see what they needed.

In another instance, the humanoid machines made a less than favourable impression during trials in old people’s homes. As part of the trial, the robot model Pepper was supposed to assist night shift nursing staff by alerting them if residents with dementia tried to leave either their rooms or the facility. Unfortunately, the human residents perceived the robot as a threat and responded to Pepper with physical violence. The expensive machines were quickly removed before they could be damaged beyond repair.

And the realisation of one robot researchers’ dream seems an increasingly distant prospect. Since the 1990s, US developers have been planning a football tournament between people and robots. Their goal, so to speak, was to be in a position by 2050 where robots could play football better than people. But it is now clear that that will not happen by 2050. Up to now, there are no two-legged robots that can run as gracefully as a human. 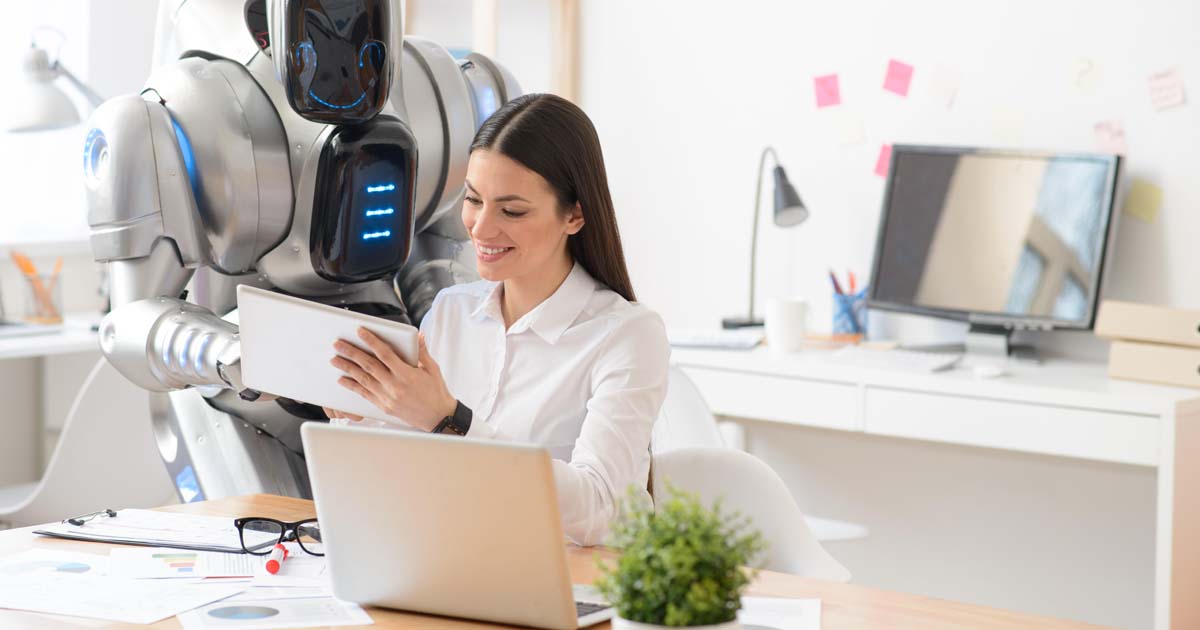 I am firmly convinced that robots will soon be able to distinguish snoring from speech. And also that they will interact in such a human-like way that people will not feel threatened by them. I even believe in the possibility of a footballing Ronaldo robot. But that will not become a reality tomorrow. It will take decades. It will take time before the technology has both the capability and is sophisticated enough to be used in everyday life.

The pace of transformation assumed by the Oxford economists, Frey and Osborne, was unrealistic. The researchers placed too much confidence in over-optimistic digitalisation forecasts by tech disciples. They also failed to remember that digitalisation creates new jobs as well. In addition to which, as a society, we do not allow everything that is feasible to become a reality. Instead, we assess things based on ethical categories and then reach decisions about innovation on this basis.

Osborne and Frey long ago conceded these flaws in their predictions. An OECD study from 2018 estimated that just 14% of jobs were “highly automatable” – in other words, offering a level of automation of more than 70%. Even with this more moderate scenario, we need to think in decades rather than years (see also my article on “Dark processing with AI”).

Almost as many new jobs are created as old ones lost

Computers execute tasks today that previously could only be performed by people in an analogue way. This has been the case ever since Konrad Zuse invented the computer. Even the earliest punch cards replaced human work in insurance companies and professions will continue to disappear in the future, particularly those involving routine tasks that are largely automatable.

The post trolley which used to trundle through insurance offices several times a day distributing letters is needed much less often because there are simply far fewer letters nowadays. This also applies to the traditional document archive as customer archives are now digitised. In the same way, thanks to mechanisation, agriculture has changed from a sector with a large number of employees (around 1900 almost 50% of the entire working population was employed on a farm) to one that can operate with far fewer people. Today, just 1% of all employees work in the agriculture and forestry sectors.

I could list countless other industries and breakthrough innovations (the invention of the automobile, electrification of cities) where mechanisation has transformed professions (mail coachmen, lamplighters). But new professions have emerged at the same time. By 2035, as many as 1.5 million jobs could be lost in Germany in a digitalised working world. Yet at the same time, according to estimates in a 2018 Institute for Labour Research (IAB) study, almost as many new jobs would be created.

In 2018, the number of jobs lost through digitalisation was around 60,000, while some 42,000 were created by IT. This is still a drop of almost one third. But it should also be remembered that the number of people of working age is falling, and companies are desperately looking for employees.

Even if predictions come true and old jobs are only replaced by new ones, this raises the question of how employees can be qualified for new tasks. Critics of “unrestricted” automation point out that digitalisation tends to impact professions with lower, non-academic qualifications.

Professor Harald Lesch, astrophysicist and presenter of the popular TV programme Terra X on Germany’s ZDF channel, warns against accelerated innovation cycles. He notes that everything is getting faster and faster, but with less and less time to make decisions. You might come into the office one day and find you are no longer required. People are not managing to adapt quickly enough.

While Professor Lesch’s argument may be exaggerated, we need to place the topics of qualification, training and lifelong learning at the heart of the working environment. We certainly need have no fear of losing our jobs. At the same time, we need to look at how we manage to qualify ourselves for innovation.

For Harald Lesch, it would be a nightmare “if we were to neglect the incredible skills of our brain” and make “digital, high-performance computers the masters of our internal and external world”. I have nothing really to add to that. But I believe that the reality will be a very different one, and will not eventuate for a long time to come. Perhaps humans and machines interacting with each other, or working with the help of digital assistance systems. This, for example, is the view of Hauke Behrendt, a philosopher of technology.

Labour market researcher Terry Gregory also believes that, instead of taking jobs away, robots could simply make work easier. (I described what this means for ERGO in my article “Robotics”). And futurologist Michael Carl does not envisage any mass unemployment in the future: “Many people will not work the way they do today, but they will continue to have work. It is only the tasks that will change.” For an increasing number of people, it will be perfectly normal to deal with artificial intelligence in their day-to-day work.

Could you picture your favourite comedian as a robot?

More and more employees at ERGO are welcoming collaborative automation. Our experience with robotic process automation has been fantastic. The computer is taking over what are fairly tedious typing tasks. This means that people can focus on their strengths, and devote themselves more to customer service and the creative and emotional aspects of their work.

Realistically, human emotion, care and communication will probably never be replaceable. Admittedly, AI can already create works of art. But it is more fun engaging with visual art if it has been created from human emotions. Can you imagine a robot comedian on stage telling a joke? It just wouldn’t be funny.

In the company too, robots will never replace people. Take, for example, skills like creativity, networked thinking or brainstorming – where one thought is added to the next. And what about social skills, or negotiating tactics? Or complex “traffic light coalition” negotiations for the next federal government. Might these be conducted by delegations of algorithms and robots? The idea is ludicrous.

Despite this, we would do well to bravely embrace innovation. Indeed, we may already be in the middle of this process. Concerns about job losses from digitalisation have diminished in comparison with the last EY survey just before the coronavirus pandemic. My reading of this is that digital improvisation during the lockdown made many people realise that it’s not an either/or issue. It’s not about either machines or people, but about productively combining human and artificial intelligence.