Why electric cars are part of a new industrial revolution

Slower, charging takes a longer, impractical. There are considerable reservations about electric cars. Nonetheless, they are part of a major industrial revolution in the mobility sector, finds //next columnist and mobility expert Don Dahlmann. 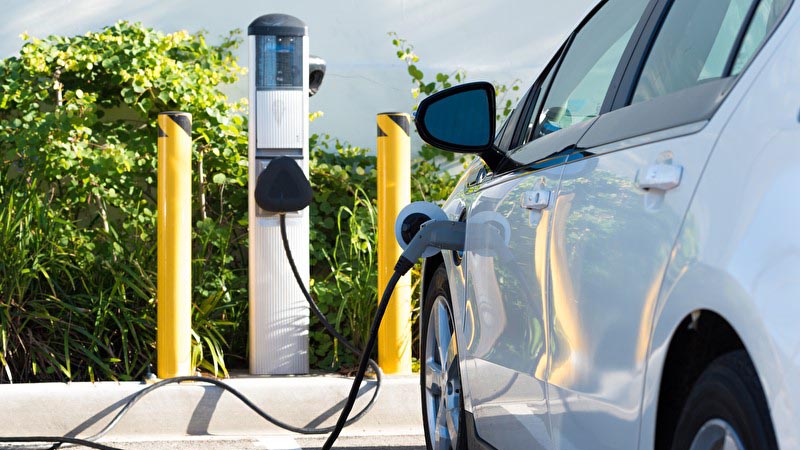 The charging times of the vehicles is an argument that is cited time and again when it comes to dismissing electric cars. At the moment, you just drive quickly to the petrol station, refuel your car in only five minutes and you are back on the road again. This is especially true if – like most Germans – you do not fully refuel your car, but only top it up with 20 or 30 euros of fuel. However, charging a battery on a quick-charging station now takes no longer. For example, the VW ID.3 does not even need half an hour to charge its battery from 5 to 75 percent. It takes just over 15 minutes if you only charge from 5 to 50 percent.

What many overlook in this is the fact that you have to specifically drive to a petrol station to refuel your vehicle. By contrast, you can conveniently charge an electric car while doing your shopping in the supermarket. So, in reality, you waste no time refuelling, unlike with a combustion engine car. If you have a charging facility at home, you always have a fully charged car on your doorstep and you do not need to worry about petrol stations and charging stations. It couldn’t be more convenient.

So what is actually the argument in favour of a combustion engine car if you can drive everywhere in an electric car, if charging takes no longer than refuelling, and is even more convenient? In reality, nothing apart from the fact that we have to get used to it. We all know how difficult it is to get rid of old habits – this is no different with cars and their technology. But the switch to electric cars will come, no matter how difficult it may be. .

However, there are even more important reasons why electric cars have to prevail worldwide: the climate crisis. Even if the coronavirus pandemic has caused it to fade somewhat into the background in the media, nothing has changed about the fact that the climate and elements of the fauna and flora are already radically changing. Internal combustion engines and their exhaust gases contribute significantly to climate change and there is no other solution apart from relying on renewable energies that can be used to charge electric cars.

This requires a massive rethink for the future. Up to now, we have been used to using energy that is already stored. Oil and coal are nothing other than energy stores created by nature. The energy is released when the fuel is combusted, which, in turn, generates emissions that change the climate. The new industrial revolution that has just begun is based on the fact that the energy first needs to be produced. The focus here is on energy from solar plants or wind turbines.

Electric cars are right at the very heart of this revolution. Over the last 120 years, cars have done one thing above all: existed at the cost of the environment. This applies to private cars, as well as to buses and heavy goods vehicles and trucks. Here too, there will be a switch to electric mobility in the long term. Public transport operators, in particular, have already taken the first steps in this and are increasingly relying on electric buses.