How metropolises are reorganizing traffic

Traffic jams, emissions and parking shortages: The traffic situation in many metropolises is bad. In the future, drastic measures should ease the situation, expects //next columnist Don Dahlmann. 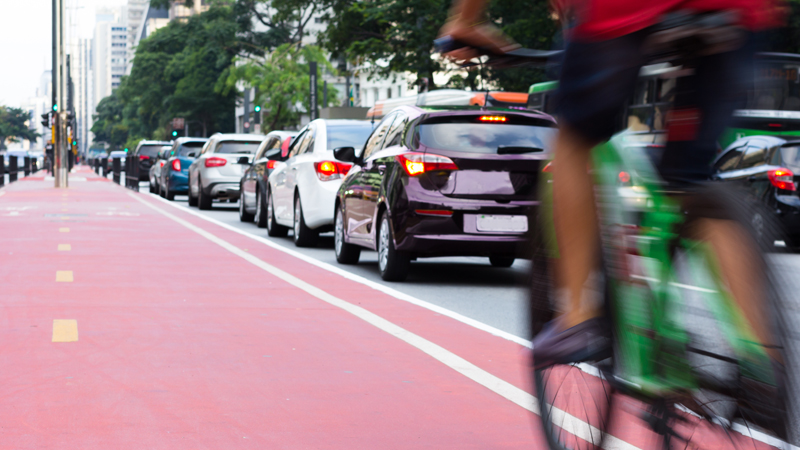 The car is one of the most important technical developments of the past 120 years. It gives people freedom and ensures that they can get to work in comfort - no matter how far away it is. The only problem is that there are too many of them. This is especially true in the world's metropolises, as so many commuters find out every day. In Germany alone, people spend around 67 hours a year stuck in traffic jams, according to traffic specialist INRIX. In Düsseldorf, the figure is 50 hours, and in Munich it's as much as 87 hours.

Although the car industry sold fewer vehicles in 2020 - the overall number of registrations has been rising steadily for years. One solution to the congestion problem would be to create even more space for cars by widening roads, adding lanes and reducing the space for pedestrians and cyclists. Aside from the fact that these measures do not seem desirable, they are simply not structurally possible in many cities. You would have to demolish buildings to make more room for cars and their parking spaces.

Cities are bursting at the seams, and many cities have begun to move away from the ideology of a city built around the car. The focus should no longer be on the freedom of movement of the individual vehicle, but on the quality of life of all city dwellers. But how do you make the change without depopulating city centers and damaging retail?

In Berlin, the decision has been made to take radical measures: Administrators have made more space for cyclists in particular by converting car lanes into bike lanes. In addition, more bicycle lanes have been set up, which only residents are allowed to use with their own cars, and parking fees have been increased. Brussels has followed similar paths. In addition, the speed limit has been lowered to 30 kilometers per hour since the beginning of 2021.

Introducing tolls for the city center

London has long since reacted to the increasing traffic. Only those who pay tolls can enter the city center, and certain lanes are now only accessible to vehicles with electric drives. In addition, more space has been created for cyclists.

But Paris is taking the toughest action against cars. The number of parking spaces in the city is to be massively reduced in the coming years. 70,000 public parking spaces are to disappear over the next few years to make more room for green spaces and outdoor catering for restaurants. In addition, "Tempo 30" is to be introduced across the entire city, as well as a ban on cars with internal combustion engines in Paris by the end of the decade.

The Paris administration is thus planning the "15-minute city." The French understand this to mean that all important everyday things can be done within a radius of fifteen minutes on foot or by bicycle. People can get to work by public transport. The idea is that the car should only be used when leaving Paris.

Offering alternatives to the car

So a lot is happening, but not every city will be able to act so consistently. It won't be enough to put the car in its place with bans - because that also restricts people's freedom of movement. So you have to offer alternatives for people to get from A to B without, for example, their daily commute to work suddenly taking twice as long.

To do this, you need, above all, a very good public transportation system that reaches into the farthest corners of a city. Berlin, Paris or London may have a good bus and rail network, but not every city has this luxury. This is especially true of cities like Cologne or Frankfurt, for example, whose networks are rapidly thinning out, especially outside the city centers.

But even in these cities, the paradigm shift will set in sooner or later. After all, simply switching to electric cars will not win the battle against climate change and congested inner cities. If you simply replace the cars with internal combustion engines with electric cars, you'll be stuck in traffic jams again in the future, only they'll be a little quieter.