What digitalisation projects are in progress at ERGO? And how do customers benefit from them? 40 employees were now able to explore these questions literally with their own eyes: through virtual reality glasses, in one-hour individual sessions and under the strictest hygiene precautions - i.e. not as close together as in the symbolic image of this article, due to Corona. 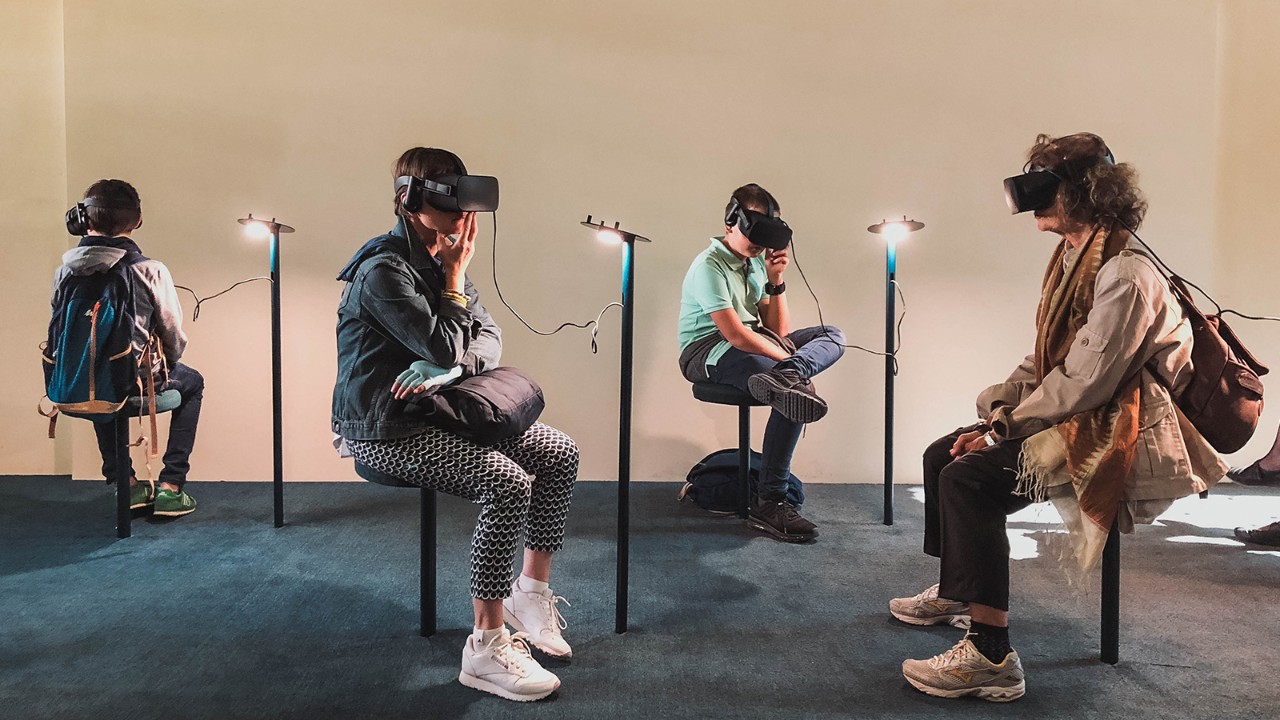 ERGO CEO Markus Rieß did not miss the opportunity to gain an insight into ERGO's digitalisation projects via virtual reality (VR) glasses. He and other interested colleagues were able to see with their own eyes how the initiatives are experienced by customers in everyday life. After an introduction - identical for all participants - the employees were able to organise the rest of their one-hour time slot differently.

For example, it was possible...

How ERGO is driving "Virtual Reality" forward. In general...

The topic of "virtual reality" is currently being researched and worked on in ERGO's Innovation Lab in Berlin. The applications mainly revolve around the topics of employee qualification, training and virtual meetings. "VR is still in its infancy, but you can already glimpse the possibilities - the technology is developing rapidly and will continue to accompany us in the future," says Gregor Wiest, Head of Innovation & Digital Transformation.

...and especially with this training

"With this VR training, we wanted to literally show our colleagues how ERGO's digitalisation advances are received by customers in practice - and of course also introduce them to the faces behind the respective projects", Innovation Manager Victor Thoma summarises the aim of the campaign. Although the event has only taken place at ERGO in Düsseldorf so far, it is to be repeated at the other six German ERGO locations.

ERGO CDO Mark Klein also recently reported on another VR highlight on his LinkedIn profile: He and his team had the first virtual reality meeting. "Being in different locations all over Germany and coming together in a beautiful ERGO meeting room was an inspiring event," Mark Klein writes. "We will continue to explore virtual reality and see how it can be used in our industry."