Juan Carlo Montoya Cardona, Senior Product Owner at ERGO Technology & Services S.A., reflects on advanced website development. How do you deal with more than 300 products, two million digital assets, thousands of content generators, terabytes of dynamic data fetched by hundreds of services, including online transactions? Above all, how do you do all that without disrupting millions of users who interact with your website on a daily basis? 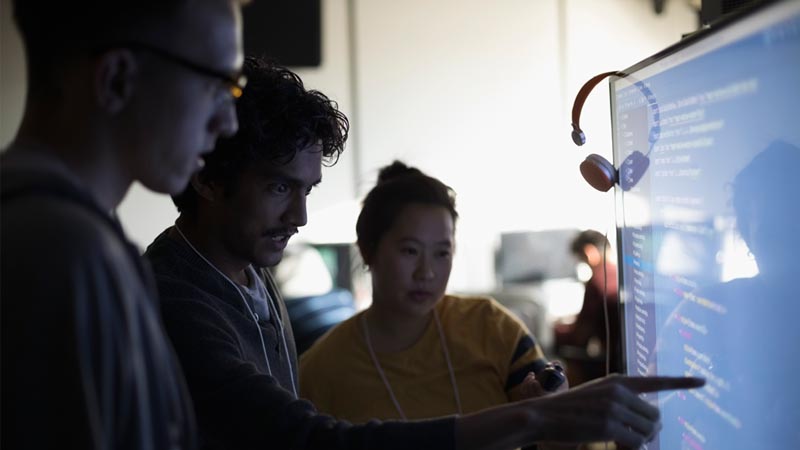 Do you remember the first websites you have ever visited? If you were around testing the internet between 1993 and 1998, your first attempts with the browser, trying to reach your favourite product webpage, probably ended up in disappointment. By the end of the 20th century, only a handful of the global Top 1000‘s had some sort of relevant web presence, and the majority of global businesses arrived online only after the Y2K panic finally dissipated.

Early corporate and business portal projects struggled to find internal ownership. Some found their way thanks to residual marketing budgets, typically managed by publicity agencies, well known for creating high-impact experiences but very difficult to maintain, meanwhile others preferred to create “cheap” projects for interns where the soon-to-become developers started their careers. Even today, when digitalization is one of the hottest topics, this scenario hasn’t changed much for many start-ups and small companies in “traditional” industries. Business owners often underestimate the impact the web and front-end development have on their budgets and choose to focus on other, more “backend related”, priorities.

After all, “Creating a web page is a piece of cake! My 13-year-old nephew can do it!” And that indeed might be true (on a basic scale, of course). A generous number of tools which don’t require special technical skills are available - a little curiosity, some design taste, a bunch of clicks and voilà! A shiny new page is born, and basic requirements for digital channels are magically fulfilled with a set of standard features. In more sophisticated cases, sales modules can be attached, providing funnels and access to detailed reports without major investments.

But now, let’s think bigger. To help with that, a real-life example: in 2016, GDPR was introduced – a new set of rules for data management forcing private and public entities in Europe to adapt their processes for collection and management of personal data, in both online channels and their traditional counterparts.

While this is a sensitive change for a company with one website and thousands of clients, how do you go about accommodating such a requirement in more than 30 portals and 10,000 web pages, quickly and simultaneously? How do you deal with more than 300 products, two million digital assets, thousands of content generators, terabytes of dynamic data fetched by hundreds of services, including online transactions? Above all, how do you do all that without disrupting millions of users who interact with your website on a daily basis, creating a unique blend of 30 countries of origin and more than 25 languages?

Things could get tricky, very fast!

How do you implement, maintain and innovate in such a massive environment? How do you coordinate changes efficiently, if the portals are based on different technologies and hosted in isolation in several locations?

A project for all...

In 2018 ITERGO in cooperation with ERGO Technology & Services S.A. faced all those challenges in a project named CARBON, whose aim was to unify the approach on best software and architectural practices, setting the path on how front-end technologies and content should interact, scale and be maintained in a global organization.

Independent of the technology, the CARBON platform is a concept, sustained in FETA (Front End Target Architecture) designed to be modular and capable of adapting and integrating with a multitude of services. When the initial version of this cloud-based solution was released in 2019, business leaders finally had the opportunity to collaboratively create, test, and reshape digital customer experiences, without geographical limitations.

Without a solid architectural framework as a skeleton, each new client (tenant) could easily fall prey to the temptation to redefine core elements, like security or resources. In the attempt to simplify their own implementation, they would inevitably run into “Babelic” development silos, in which different teams could well manage their own IT–business dynamic successfully but which would also make it extremely complicated for business units to capitalize on other tenants’ achievements. That is the reason why reusability and scalability are both essential elements in the CARBON approach.

Now, when your brand is ERGO, business leaders can’t afford not to provide a unique, flexible, customer-centric experience. To innovate ahead of the market standard is part of ERGO’s product identity and customizable front-end/content layer is key to the platform’s ability to remove technological limitations and enable product strategists to think out of the box. CARBON components are constantly updated by agile product teams working in centralized roadmaps where each business initiative is broken down into user stories, translated into functionality and placed as an asset available for all tenants, allowing the platform to go way beyond simple content delivery.

The future is bright

CARBON is still young, yet its achievements are significant: within 2 years of the platform’s launch, ERGO.de was rebuilt using CARBON in 2020, along with all partner sites. CARBON also facilitated the implementation of the Cookie Consent Tool (CCT) in record time. And last year //next by ERGO digital magazine, where we can share unique insights on innovation and technology, was also onboarded as a CARBON tenant.

The advances for unstructured data management alongside other ET&S’ projects, open a window for future collaboration with CARBON analytics in the implementation of personalization algorithms. The final goal for such initiatives is to place the user behind the steering wheel of their own digital experience.

In the medium term, ERGO agents will manage their own web presence in real time, using their own customized combination of features and components along with other well-known ERGO products like the ERGO Reiseversicherung portal, all of them in the process of being “carbonized” in 2021, and with each new tenant, innovation in the shape of new capabilities will be attached to the CARBON family.