The first face-to-face re:publica in the days of COVID19 was eagerly awaited. After all, it has been almost three years since Germany's digital elite last met in Berlin. In addition to the informative and high-caliber stage program, this year's focus was even more on human encounters than in previous RPs. We at //next provide you with a – rather subjective – report of this impressive event. 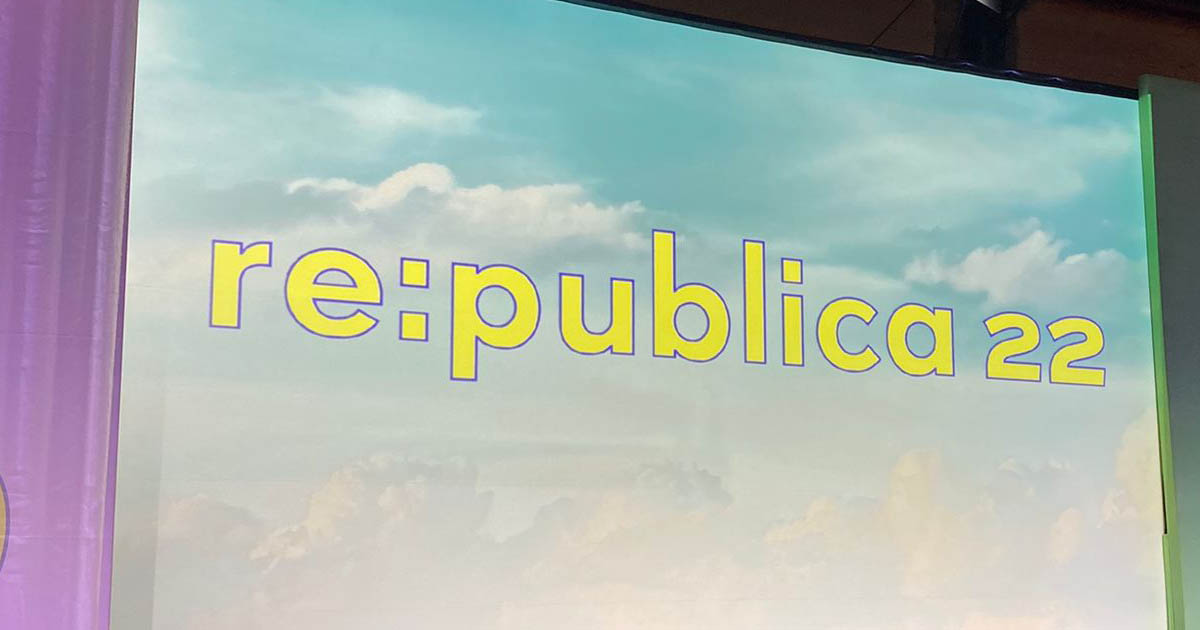 The official motto of #RP22 was “Any way the wind blows”. At first glance, it could just as well have been “June makes everything new”. Because not only was the location moved from Station Berlin to Arena Berlin & Festsaal Kreuzberg, the date was also moved from May to June. In addition, for an event in 2022, many people were seen wearing masks and the makers of re:publica changed the catering to completely vegetarian. For this, too, they received a candy-storm on social networks.

But some things thankfully stayed the same. The reunion character is still the main reason for the long-established to go to Berlin. This is expressed above all through intensive conversations with people we love. The stage program also remained top-notch. This time, too, the social and political aspects were strongly in the foreground on the main stages, and not only in my eyes can the re:publica now be understood more as a political event than as a digital fair. Proof of this was the visit of the German Chancellor Olaf Scholz.

The chancellor made an appearance

What Angela Merkel didn't do, Olaf Scholz has done in his first year: Going into the digital lion's den. Many of us gave him positive credit for this. The chancellor sent positive signals, for example, with network expansion. On the negative side, there was a lack of statements on climate protection and the classic politics of a lot of words if you don't feel comfortable with the topics. On Twitter, the enthusiasm for Olaf Scholz's appearance was rather limited, at best.

Others were celebrated. Sascha Lobo, for example, for his speech on the state of the nation, Maja Göpel for her talk “Her mit der besseren Zukunft”, Franzi von Kempis' talk with experiences from her leading role of a Berlin vaccination center: “Impfzentrum - Orte der Hoffnung und Feindbilder Nummer eins” or also “tante” for his critical words on NFTs and the Web 3.0 “Von hässlichen Affen, Spekulationen und Ketten: The Third Web”.

You won't be able to bring the feeling of re:publica into your living room, but you will be able to get the inspiration and knowledge. On the event's YouTube channel, the complete recordings of Stage 1 are available and more and more talks from side stages are uploaded to the channel. 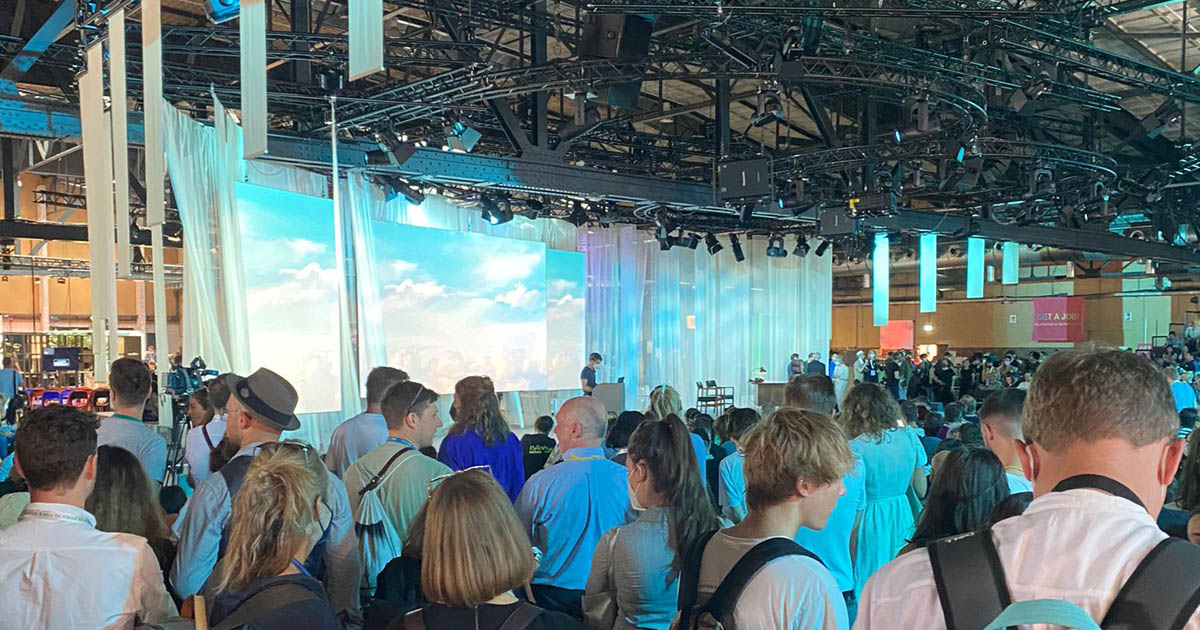 Any way the wind blows

And so the chapter of probably the most intense re:publica was closed after 3 days with the classic song “Bohemian Rapsody” by Queen. The last sentence in the song is “Any way the Wind blows”. For the times we live in, the motto of this year's Berlin trip was perfectly chosen. Between climate crisis, war in Ukraine, the still pandemic and many other smaller and bigger crises, many people are looking for things to hold on to. Let's see where the wind will blow us to in 2023, but it will certainly blow us back to Berlin for #RP23. 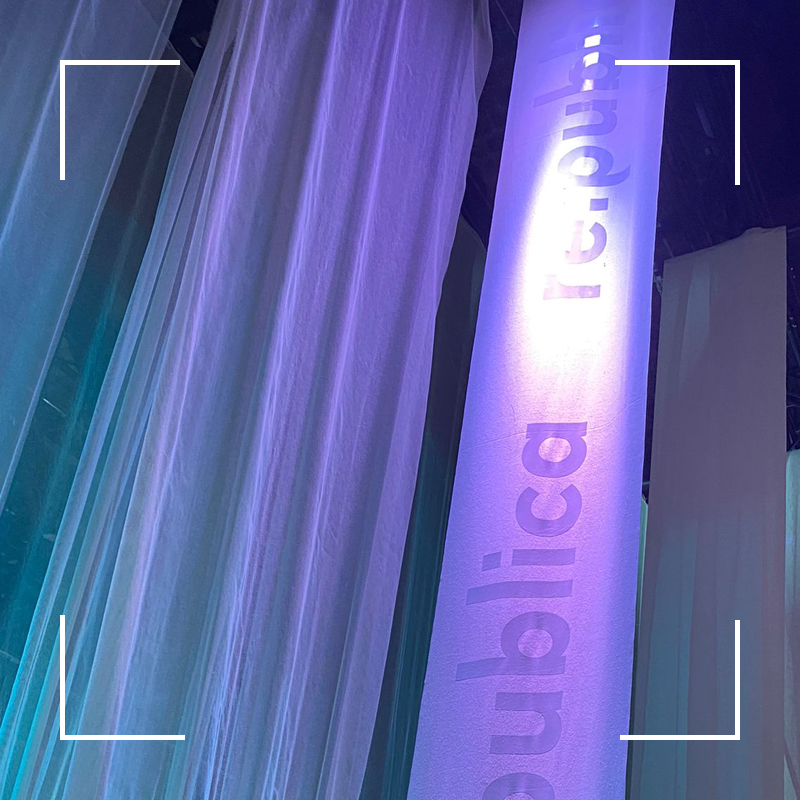 So happy to finally meet again at @republica ! ❤️ An incredibly exciting programme is waiting for us - from Non Fungible Comics to AI in communication and the application process, new work, new mobility, deepfakes and the metaverse. Wow - that's mindblowing! #anyWay #RP22 🚀 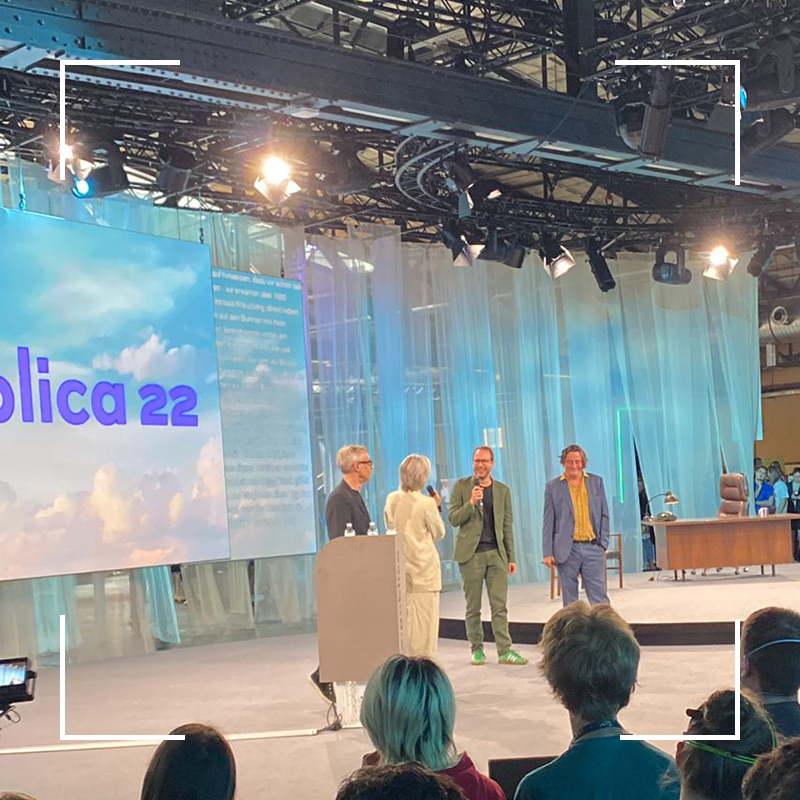 Welcome back to @republica : "We want to create an event that we ourselves would love to attend. And we are proud that we have as many women as men on stage." / #RP22 #anyway /w @spreeblick Tanja Haeusler @netzpolitik und Andreas Gebhard 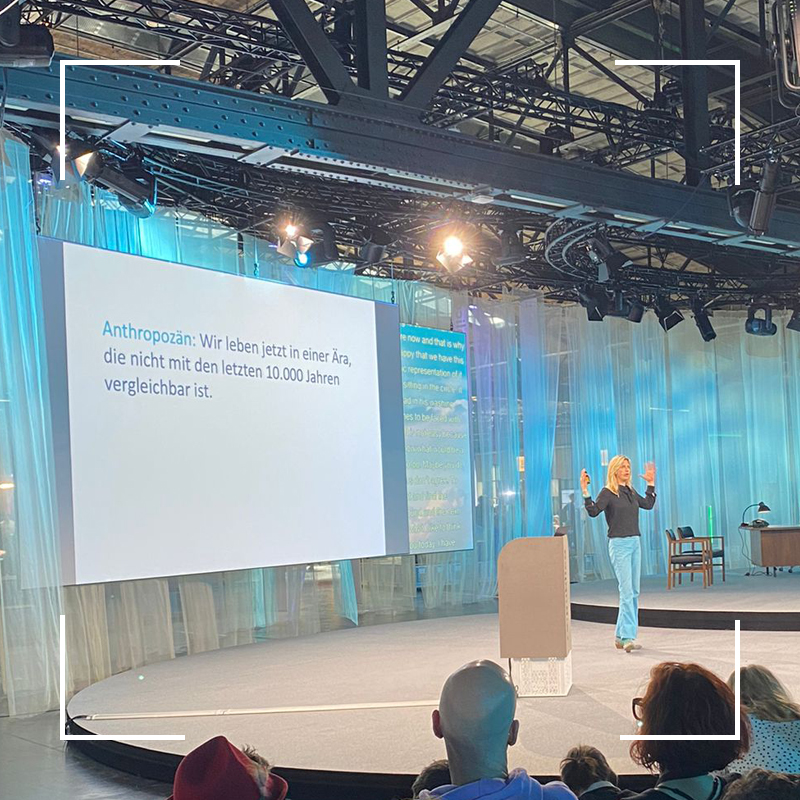 Transformation researcher @beyond_ideology at #RP22: "Can we break out of silo structures and engage in multisolving? Can we bring the ecosystem Earth together with the digital ecosystem? Will we succeed in putting technologies at the service of ecology?" @republica #anyway 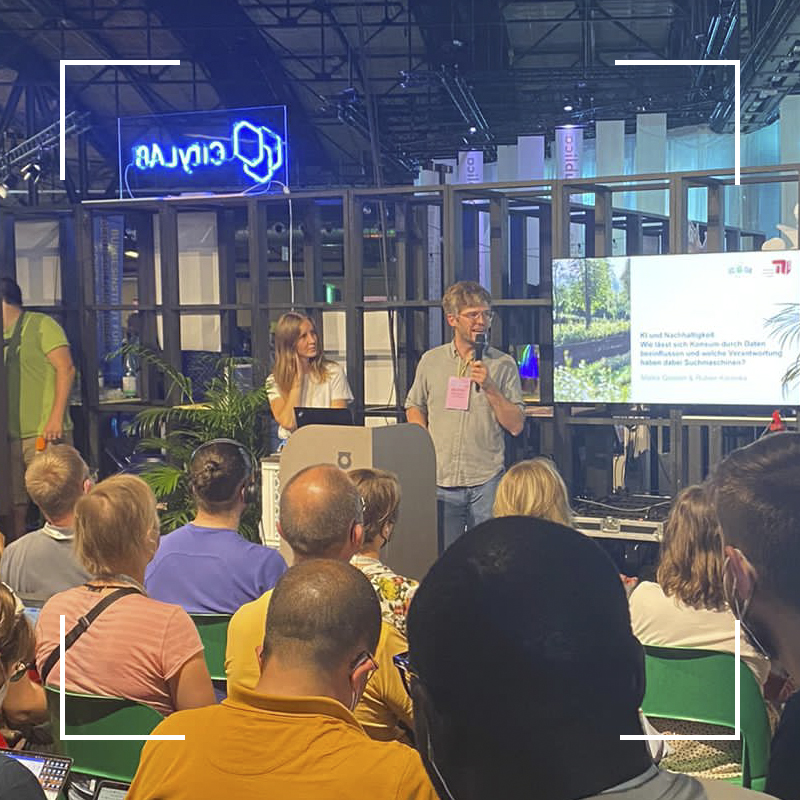 #AI and #sustainability: How can consumer behaviour be influenced by data and what is the responsibility of search engines? @maikegossen from @TUBerlin @RubenKorenke from @Ecosia talk about sustainable choices and how to make them easier. @republica #RP22 #AnyWay 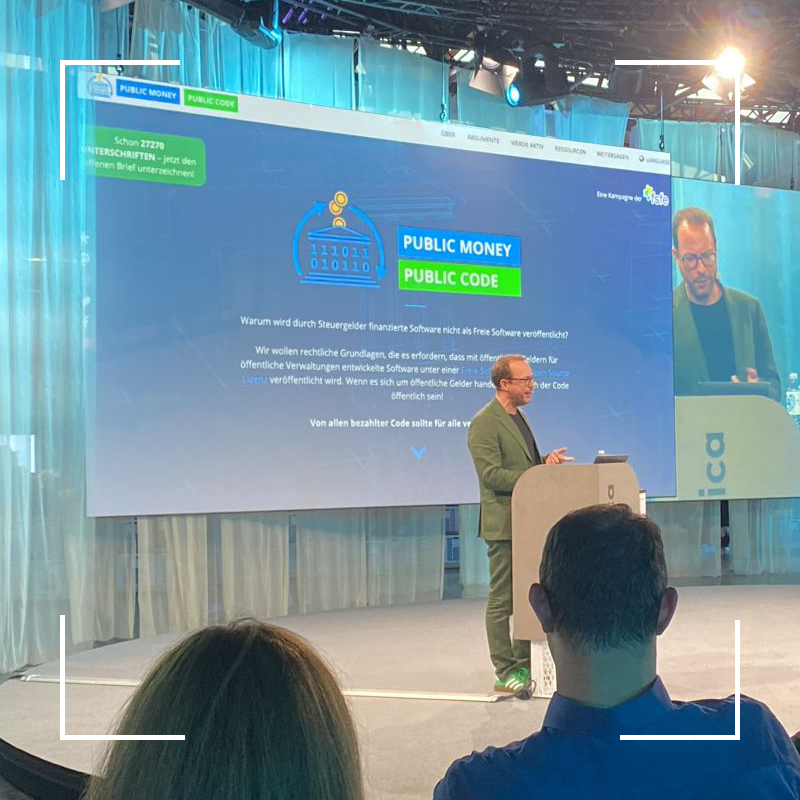 Markus Beckedahl on stage @republica: What is the state of digital politics? Still a long way to go, but: "A better digital world is possible if we stand up and fight for it..." 👍🍀🚀 @netzpolitik @republica #anyway #RP22 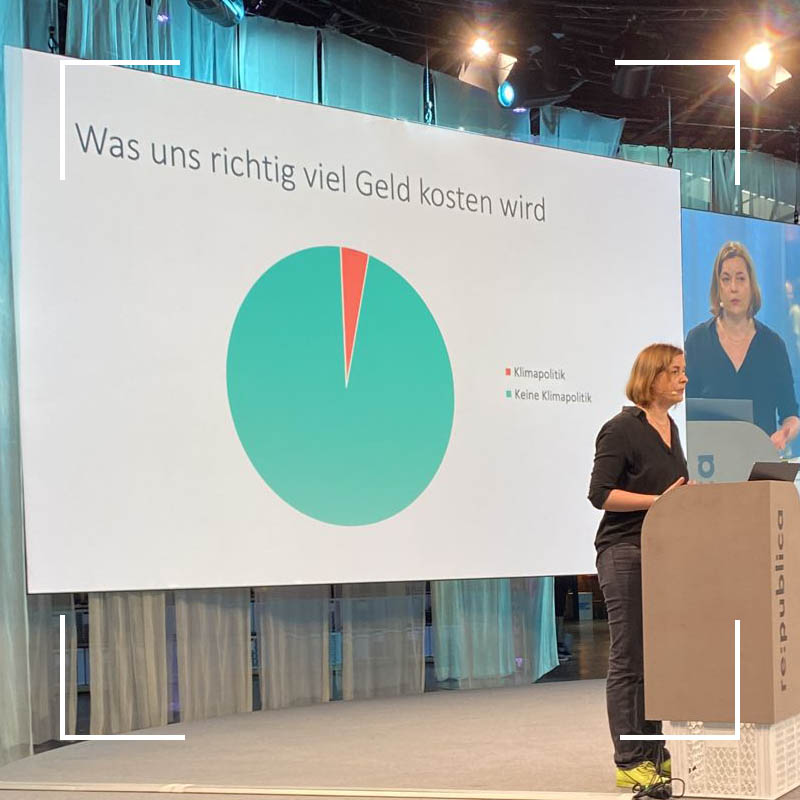 "What's going to cost us really big money: Climate politics versus no climate politics ": The magnificent @katjaberlin presents her "pies of truth" at @republica . She knows how to illustrate the contradictions of our time. A real highlight. 📊 #rp22 #AnyWay 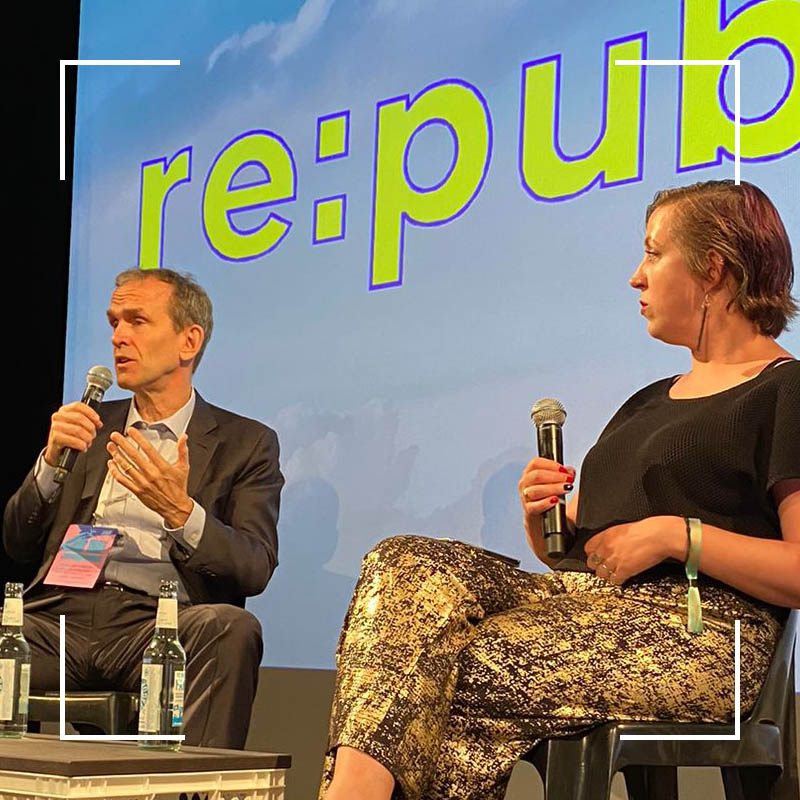 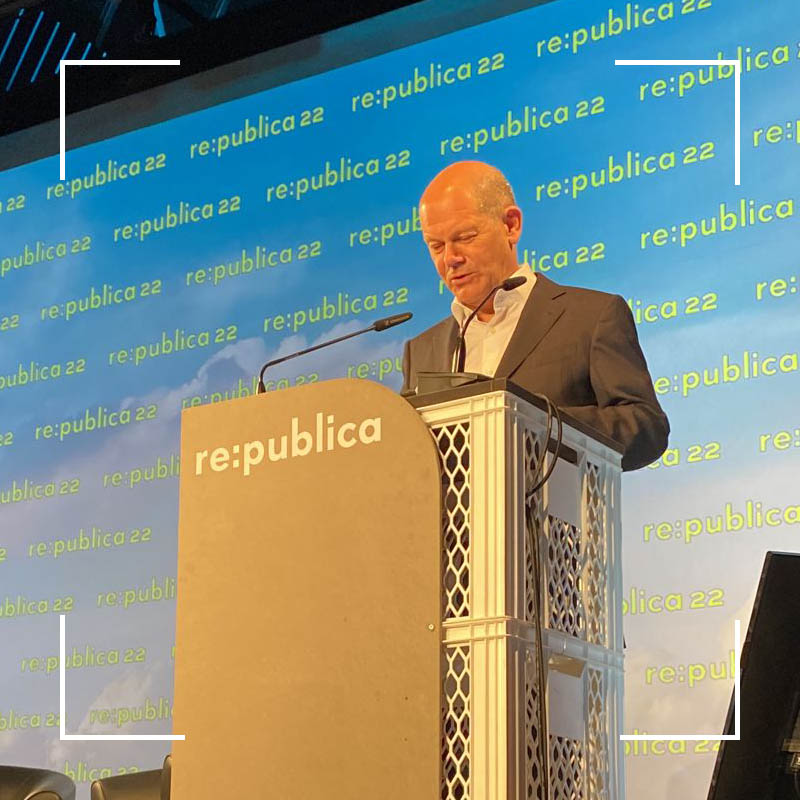 . @Bundeskanzler Olaf Scholz on stage at @republica : 📣 We will invest massively in digitalisation in the next years. 📣 The more digital the companies, the better they came through the pandemics. 📣 There is still a lot to when it comes to digital public services. #AnyWay #RP22 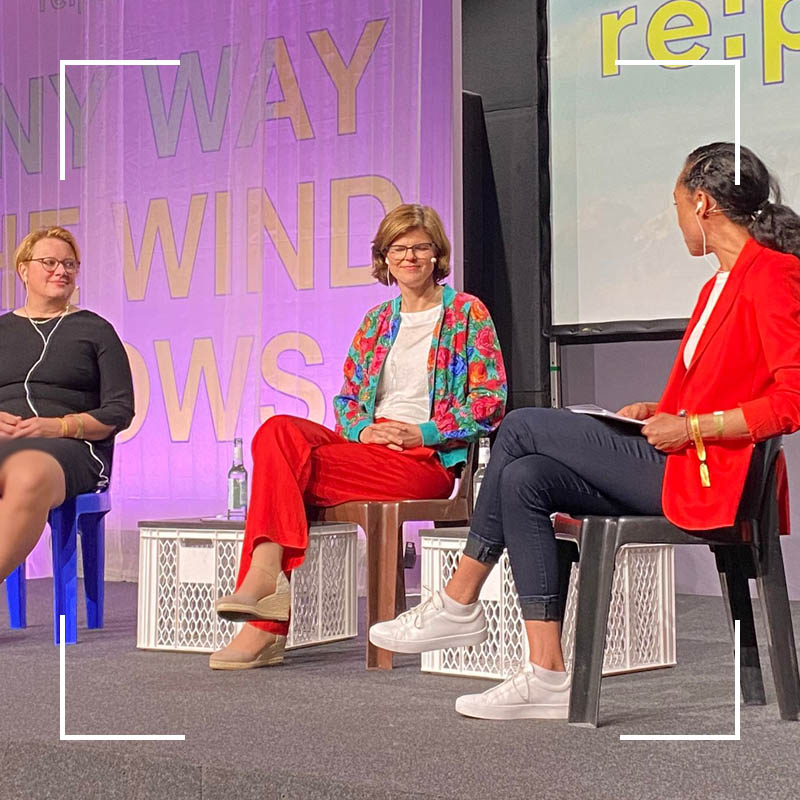 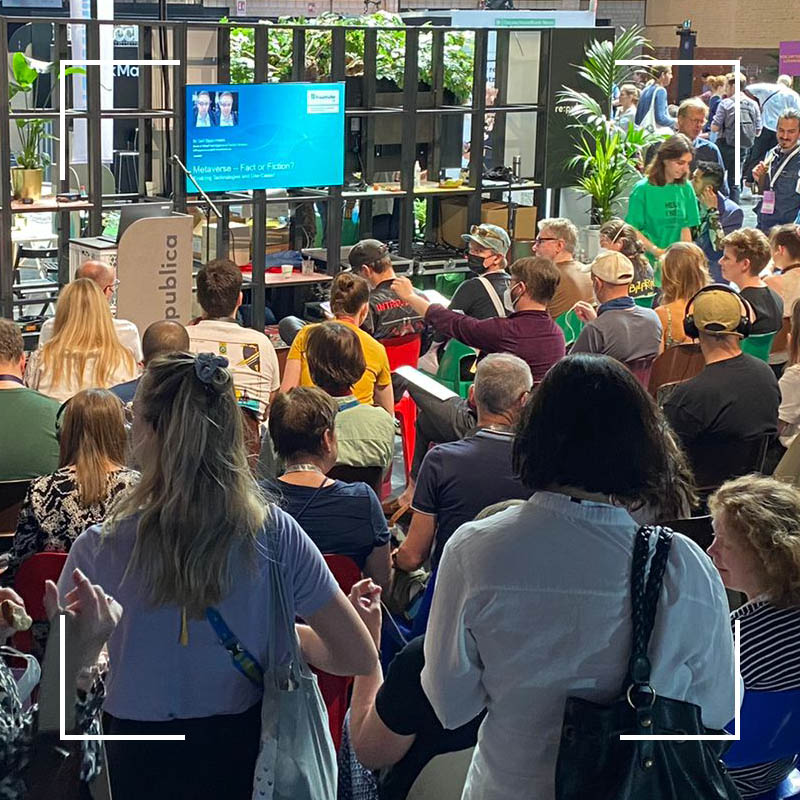 Why is everyone talking about the #metaverse now in 2022? What opportunities does the metaverse open up for market participants and customers? And is it socially desirable? Leif Oppermann @onlinedasein from @fraunhofer_fit attrackts the crowd at #RP22... #AnyWay 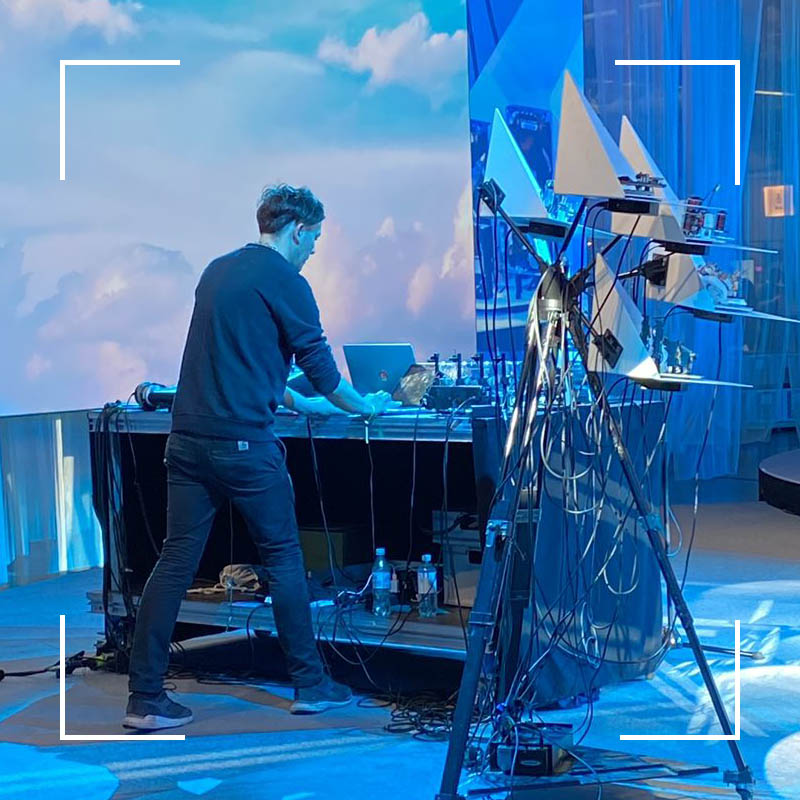 #Bots and #algorithms with a difference: @simongeist and the #AI voice artists #PortraitXO show on stage of #RP22 how musically technology can be. #AnyWay @republica