There are many approaches to removing CO2 from the air. And - fortunately - there are more and more. Direct Air Capture is carried out in plants, on cooling towers or even on shopping malls and office buildings. NeoCarbon, a start-up from Berlin specializes in the latter. In an interview with one of the co-founders, our //next columnist Markus Sekulla found out more about the challenges and potentials of this promising technology. 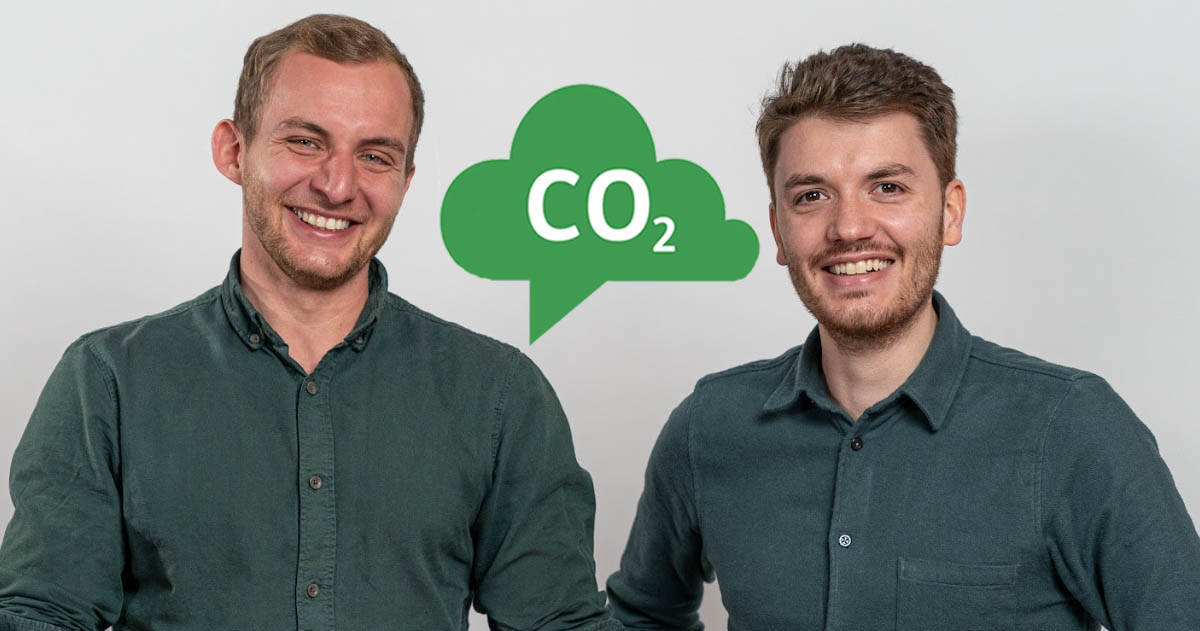 Markus: Hi Silvain, glad to have a chat with you today about your start-up NeoCarbon. Please give us the intro: Who are you, what does NeoCarbon do, how many people work there and where are your people based?

Silvain: Hi Markus and thank you for this chat! I'm Silvain Toromanoff, one of the two co- founders and CTO of NeoCarbon. René Haas being the other one, who took over the role of the CEO. We're both engineers.

I’ve spent last 10 years studying and working in Helsinki, Finland. I worked there as CTO in a company very different from NeoCarbon. It was great, but also lacking purpose. I eventually decided to leave by the end of 2020. After that I spent most of last year (2021) thinking about how I can actually continue in a way that has more impact, especially in the climate crisis. I talked to many people, read many books, and educated myself on climate solutions.

Then I heard about Antler, a venture capital fund that's originally out of Singapore, but nowadays operates in a lot of cities around the world and one of their programs in Berlin. They bring together people that are 100% committed to building a new venture right away. I was very vocal there that I wanted to build something with impact, because that was the main reason why I quit my previous company. This is how I met René and it clicked immediately. We decided to work together even before we narrowed it down to NeoCarbon. Now, our start-up’s mission is to capture carbon using cooling towers. We are part of a wave of companies that are trying to stop or at least slow down climate change by removing CO2 out of the atmosphere.

Markus: Could you describe the moment when you knew that the idea is that great that you need to become an entrepreneur / found a company?

Silvain: We spent quite some time trying to think about what can we build? Direct Air Capture was on both of our lists from the start. René had also done a lot of research – probably even more than me.

The situation we put ourselves in, unfortunately, where we could have avoided the whole thing if we stopped emitting a while ago, but now we're so far gone that even if we stop everything today, we've already emitted too much, we're gonna have to remove billions, or even 10s of billions of tons of CO2 per year.

We started to get familiar with DAC companies like Climeworks or Noya, that work with a process to take CO2 out of the atmosphere. Unfortunately today we can‘t do this very well, at least not in large quantities and not cheaply. We're trying to address both issues. And our approach is leveraging existing infrastructure.

There are cooling towers virtually in every industry

Silvain: There are cooling towers virtually in every industry. All the way down to, for example, shopping malls or office buildings. In those cases, they're boxes on top of buildings with a fan on top. But in principle it’s the same. They blow through a lot of air to evacuate heat. So that means that they have both, a lot of airflow and a lot of waste heat that can be leveraged to actually capture CO2 out of the air and process it out. This is when we thought we were on to something.

We realized that, at least in the initial stage going down that route would mean that a) it's more about execution and scaling, which are things that both of us felt we had a lot more experience than purely chemistry. And b), it's also something we can start with less funding.

To give you an idea: Climewoks, leader in DAC and its Orca plant on Iceland captures 4000 tons of CO2 per year, and it costs about 20 million Euros and 4 years to build and run. In our approach, we can start with much lower and much smaller capacities and size of machines. In the 100.000s Euros, even maybe lower for our early prototypes. That meant we can start and iterate quickly, which is also a benefit when considering we have so little time left to do something about our situation.

Markus: Which specific problem are you solving and how?

Silvain: The goal here is to remove CO2 from the atmosphere, so ambient air and “filter it out“ through Direct Air Capture. The way to do this is typically a cycle of sorts. First, you start by pouring air through your system, which puts the air in contact with a chemical, and that chemical can either be liquid or - like in our case - solid. And that chemical has to have a very high affinity with CO2, so it gets kind of trapped on the surface. The reason why this is very costly is also because even though it's really bad for climate, there's only like about 0.04% of CO2 in the air we breathe. So, if you want to remove billions of tons as we're supposed to do, you need to process and blow enormous amounts of air through your system. One needs very large fans and run them which is both slowly to build and costly to build and run.

After blowing air through the system, a chemical that's coated with CO2 is left and needs to be filtered off. This also requires a lot of energy, in most cases you use heat with which the bonds between the chemical and the CO2 that was just created are broken. The result is pure CO2 that you can either store away permanently or reuse, and your chemical that's ready to go again.

Silvain: I've been a personal activist for a long time. There's a lot of things you can do in your personal life. Saving energy in private life is important, but they have very little impact compared to what you can do with technology.

It's basically for the four main things that you can do as a person: 1) Stop eating meat, which is becoming a lot more common, especially in my bubble in larger cities. 2) Not flying. I think everyone knows about this, but we're still far from a good solution there. And of course, I'm myself still guilty of flying. What’s important is to not preach that everybody has to be too perfect, but just kind of keeping it in mind and do the best one could. 3) Not owning a gasoline car and then the 4) is very controversial, which is not having kids. On the latter, I don't have an opinion.

And we all can be vocal about the climate crisis, especially in situations where companies or politicians will listen. I think that's where people can get the big machine to react. And that's what we have to do, and we have to do it  right now.

Markus: Everyone talks about the great resignation and how difficult it is to find people. Does a purpose driven startup like NeoCarbon also face this problem?

Silvain: In Berlin it's extremely difficult to hire right now as there's this so-called talent war going on. For us, it hasn't felt like this that much. We're looking for chemical engineers, or mechanical engineers. These positions in start-ups are maybe not that fought over.

We get people just knocking on our door, and go like: “Hey, guys, I want to work for you“. Those are i.e. MBA students, or people that are tired of their old jobs and want to work for a company with a purpose. I would say for us it is easy compared to other companies, but still not necessarily like we can find everybody in a second either.

Our company is built all around trust and transparency, which is my Nordic/Finnish influence, I guess. We tried to build a company where people come to work because they want to stand for something. We try to let people work as they prefer. We don‘t have official work hours, as long as we all respect meetings and commitments to each other. If you want to work in the evenings or in the night… go for it, who are we to tell you how to do things?

Silvain: We're playing a race against time, both with the climate crisis and at our company. For us 2023 will be the year of our first product. Right now, we're finishing our very first prototypes - very small scale in a controlled environment. Our machines should be ready, and we plan to have the first test results in early October. And that's going to capture around three tonnes of CO2 per year, which is quite small scale.

The main milestone is taking that out of the lab and scaling it up. 100 / 100 plus tons of CO2 per year on a real customer site, so on a real cooling tower would be the challenging goal.

And like in many other start-ups, raising more money to be able to scale up will be on the plan for the next year.

As part of the Climate-KIC accelerator, Munich Re and ERGO are currently supporting five start-ups active in the field of carbon removal, where they are making an important contribution to combating global warming. In a series of interviews with //next columnist Markus Sekulla, we introduced the five young companies with big ambitions: NeoCarbon, Reverse Carbon, Silicate, Treeconomy and Ucaneo Biotech.

If you would like to take a look at the companies - click here to go to the websites:

Information on ClimAccelerator you can find here: