Guide to Happiness: Design Thinking in IT delivery

The implementation of methods from Design Thinking or Lean Start-up in an insurance company the size of ERGO is not a project of a month or a year. It takes time, because all employees have to be taken on this journey.  Andreas Lange gives an insight into how design thinking methods are used in IT delivery at ERGO. 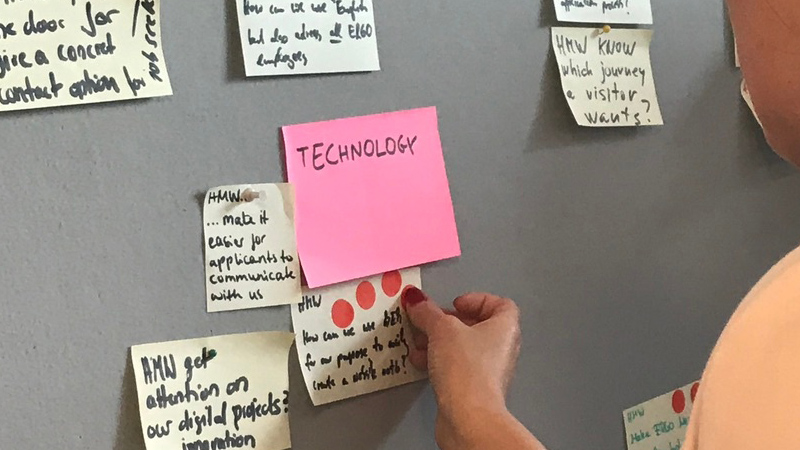 In addition, customers have high expectations of digital communication with the company. Customers do not differentiate whether they are talking to a retail, telecommunications or insurance company. Expectations like speed of response, service and transparency in communication are based on the set standard by the best in class – such as Amazon or Google.

But how do you meet such different requirements and target groups? The answer is simple yet highly complex: know your users, put yourself in their shoes and fulfill their wishes. Best of all, before they themselves are aware of it. What sounds a bit like the business concept of a high-class restaurant is in the practice of application development one of the biggest challenges for the success and acceptance of a software.

ERGO Digital IT tries to put the users of the respective applications at the center of product development. We use various methods from Design Thinking that enable us and our colleagues from the different areas of the company to put ourselves in the users position to understand their expectations.

For every problem that is brought to us from within the company, we try to explore and understand problem areas in detail together with various experts, to include as many different points of view as possible in finding solutions, to develop ideas even outside our own “thought bubbles”, to experiment with different solutions, to think and act humanely - not technocratically. So much for the theory. But what does it look like in practice? 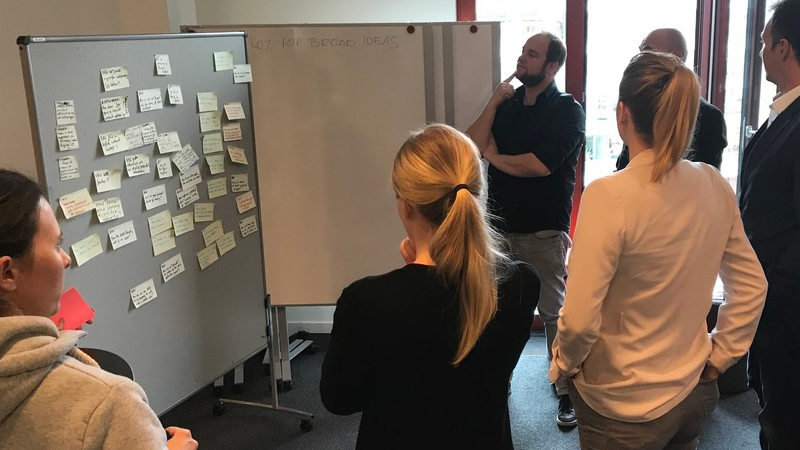 Started with a "Design Sprint Lite": the work on //next.

The implementation of methods from Design Thinking or Lean Start-up in an insurance company the size of ERGO is not a project of a month or a year. It takes time, because all employees have to be taken on this journey.

We have developed an approach that brings the ideas of Design Thinking into the company and operationalizes them through concrete workshops, methods and process proposals at various levels. This includes, for example, the organization of design sprints in early project exploration to identify product visions. Or the integration of quality criteria from user experience design into IT governance processes. We organize hackathons with real customer problems out of IT to try out new forms of solution development. We align central departments involved in product design along user journeys. This means we bundle the expertise and knowledge about our users and align our IT organizational structure accordingly. In this way, the experts from different areas such as design, product, infrastructure or development always work on technology solutions that are most familiar with the respective user‘s requirements.

Example: Design Sprint for ERGO Travel Insurance in the UK

An practical example for the implementation of Design Thinking methods is the 5-day Design Sprint, in which a prototypical solution for a defined problem is developed and validated with real users, such as ERGO's sales partners. The possible solution is "interactive" and has already been tested for its user experience. It can then either be discarded or improved.

A design sprint was used, among other things, for the concept for ERGO Travel Insurance in the UK. The aim of the sprint was to develop a new automated solution for the claims handling process of already insured customers. The previous system was to be replaced because it was cumbersome for customers to use and too expensive for the company. In just five days, the team of insurance experts, designers and architects developed a highly simplified decision-making process including a prototype user interface that enabled over 90% of users to process their claim automatically within one minute. At the end of the sprint, the prototype was tested with a group of users and the feedback was incorporated into the prototype before the results were handed over for further development.

With these methods we hope to increase the acceptance of the ERGO Group's digital products in the long term, whether for end customers or employees. After all, customer focus is not an IT goal, but a declared goal of the entire company.

In this way we hope to increase the acceptance of the ERGO Group's digital products in the long term, whether for end customers or employees. After all, customer centricity is not an IT goal, but a declared goal of the entire company.